GSAT achiever Giovani trying to cope with loss of mom 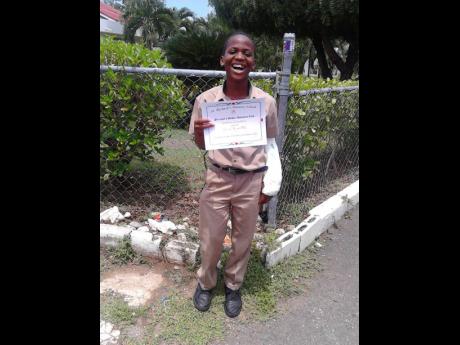 Contributed
Giovani Blake poses with a certificate of excellence he received as a student of St Richard's Primary School. 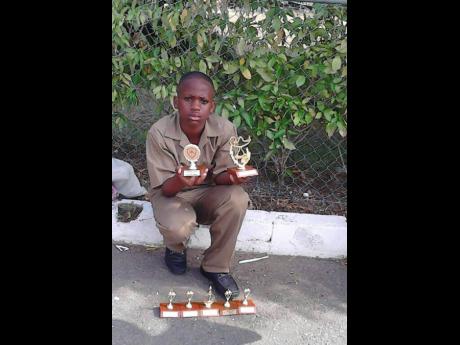 Contributed
Giovani Blake shows of some of his trophies.
1
2

When Camille Nelson Rhoden learnt that her nephew, Giovani Blake, had been selected by LIME and The Gleaner, in recognition of his performance in the Grade Six Achievement Test (GSAT), she was overjoyed.

News of Giovani's selection came just 12 days after the death of his mother.

In a recommendation, which came in to The Gleaner, it was revealed that Patrice Nelson, 32, was mowed down by a minibus on August 8 in downtown Kingston, where she had gone to purchase school supplies for Giovani and his sister.

Nelson was one of four women hit by the Toyota Coaster bus on Pechon Street. The other three women were taken to hospital for treatment.

It was only weeks before that Nelson was celebrating the success of her son, a student at the St Richard's Primary School, who had gained a 98.33 per cent average and secured a place at Campion College.

When Giovani and Camille sat down with The Gleaner, it was difficult to tell that this family was enduring an unspeakable tragedy.

"Everybody ask me how I am able to keep my spirits up and remain strong in such a difficult situation, but I have her three children to deal with, and that includes her two-month-old baby, plus my daughter," she said.

"I bring Giovani this far, and I don't think I can let him go yet. I have to see him pass college. That is my goal for him, and I love them like how I love my sister, so I don't think her passing would hinder my love or relationship with them, so I try not to be overcome by the sorrow. I have to be strong for them," Camille told The Gleaner.

Camille has been helping Giovani come to terms with the events of the past few weeks.

"It is hard, but, ask Giovani. I say to him, 'Cry ... . I love her and you love her and the way to go forward, you need to cry for your mother', and he always says he is all right, but I tell him, 'You are not OK. You just lost your mother, so don't let anybody tell you, you are OK. Tell them you are trying and coping, but you are not fine'."

Even as he faces the difficulty of losing a parent, Giovani is resolute that he will continue to excel as he begins his journey at Campion College.

With the firm hope of becoming an aeronautical engineer, Giovani told The Gleaner that he was looking forward to learning more in mathematics, which is his favourite subject.

"I think it is going to be very amazing ... . I plan to play cricket and football and also to do very well at mathematics," he said.