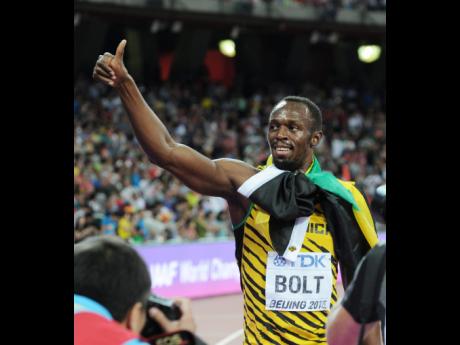 Ricardo Makyn
Usain Bolt gives a thumbs up to the crowd inside the Bird's Nest stadium iin Beijing, China, after successfully defending his 100m title yesterday. 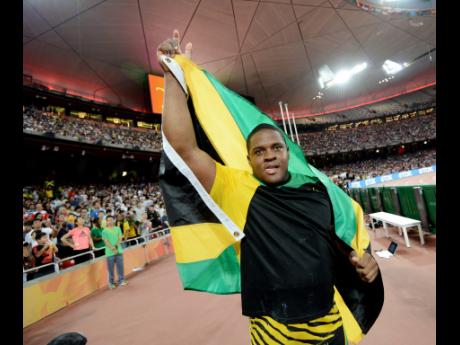 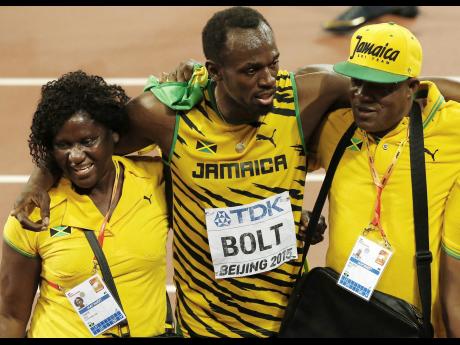 AP
Jamaica's Usain Bolt (centre) celebrates with his mother Jennifer Bolt and his father Wellesley Bolt after winning the gold medal in the men's 100m final during the World Athletics Championships at the Bird's Nest stadium in Beijing, China, yesterday.
1
2
3

Like he did in the semi-final a couple of hours earlier - when he almost fell on his face but came back to win - sprinting legend Usain Bolt showed that it's not how you start, but how you finish, covering an otherwise miserable season in Beijing gold after retaining his 100m title at the IAAF World Championships in Athletics.

Drawn in lane five, smack in the middle of the four American sprinters in the field, Bolt chased Justin Gatlin - who came into the championships as the man to beat - pulled him back at the 80m mark and edged in front, crossing the line to stop the clock at 9.79 seconds.

It was the third-fastest time in a World Championships final.

Gatlin finished second in 9.80, with 20-year-old Trayvon Bromell (USA) and AndrÈ De Grasse (Canada), who look set to battle each other for years to come, sharing the bronze medal after they couldn't be separated at 9.92 seconds.

It was Gatlin's first loss in almost two years.

The other Jamaican in the race, Asafa Powell, failed to spark after a promising season, finishing in seventh place in 10.00 flat.

"I'm happy that I won, so I'm feeling really good," said Bolt after his win. "This is great. I've been coming back from injury; I have had a lot of doubters. It's been a tough route, so for me to come to the championships and defend my title like this, it's a beautiful thing."

Bolt, who is still trying to figure out what caused him to slip at the start of his semi-final run, said he never doubted himself despite a season full of issues

"You can never put doubt in your mind. As soon as you start doubting yourself, it starts causing problems and you already lose the race, so I was pretty confident," he added, with his sponsor's quite fitting 'Forever Faster' slogan stamped across the front of his shirt.

Richards, who won gold at the Commonwealth Games, showed that Jamaica is also making strides off the track, earning his medal-winning mark on his third attempt before he was overtaken by Kovacs and Storl.

The stocky Richards is hoping his achievement will energise the Jamaican team and inspire others generally.

"Thank God!" he exclaimed, after winning what was Jamaica's first medal at these championships. "It feels good and I hope it energises the rest of the team and we can get many more medals."

He added: "I would like for the younger athletes to start believing that it's not only the sprints, but any event for that matter. We have Kemoy Campbell, who is doing groundbreaking things in the distance events, and I want them to just believe and apply themselves, whether it's in sports, school, or whatever," added Richards.