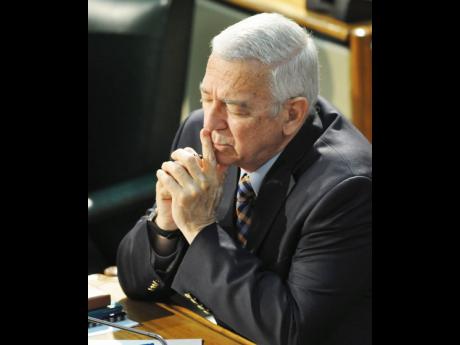 Jermaine Barnaby
Thwaites ... I would like, even at this late stage, to withdraw my use of the term ‘leggo beast’.

The Education Minister Ronnie Thwaites has backtracked and has now withdrawn his use of the term ‘leggo beast’ to describe uncontrollable children.

Thwaites had told The Gleaner-Power 106 News Centre that he would not withdraw the statement because it described a reality.

READ: Thwaites says he will not withdraw 'leggo beast' description of bad-behaving children

But in a statement issued today, Thwaites said, on reflection and having listened to all the comments, he has changed his mind.

"I would like, even at this late stage, to withdraw my use of the term ‘leggo beast’," he said.

Thwaites had used the term at the JTA’s annual conference last week.

"The serious issue facing the society of weak parenting and inadequate community support to socialise so may schoolchildren, is likely to be overlooked by controversy over the appropriations of a phrase I used," said Thwaites.

"I regret speaking in the manner I did."

The minister said despite the difficulties, teachers must not label students and schools must take on special responsibility to make a positive difference in the lives of all our children.

He said he has also communicated with the Opposition Spokesperson on Education Senator Kamina Johnson-Smith to recognise her insistence for this matter to be corrected.

"I trust we can all combine our efforts to curb the serious problems of indiscipline facing our teachers and students and cramping the outcome of an education system," Thwaites said.