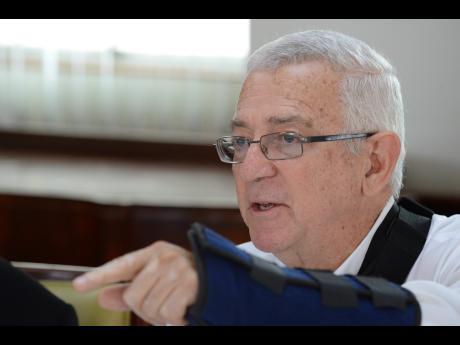 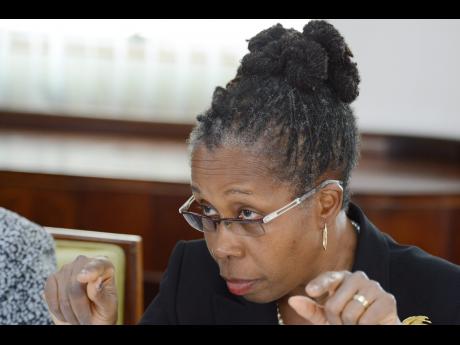 Education Minister Ronald Thwaites, backtracking on his recent description of uncontrolled students as 'leggo beasts', yesterday went a step further to condemn reports that students are forming gangs within some high schools.

of five representatives from the Ministry of Education (MOE), who attended an Editors' Forum at The Gleaner yesterday.

"We are not saying that it can't exist ... . There are youngsters in schools who are clearly involved in criminal behaviour, and when the police come for them, it is perfectly understandable," continued the education minister. "But to speak of a gang culture polluting Jamaica's schools, in my view, is an overstatement."

Thwaites' statements came less than two hours after he publicly apologised for warning parents, during last week's Jamaica Teachers' Association's (JTA) annual conference, that they should not send "leggo beast" children to school expecting that teachers will be able to remould them.

The statement drew the ire of members of the public, including Andrew Holness, former education minister and leader of the opposition Jamaica Labour Party (JLP), who called for Thwaites to retract the statement that Holness claimed reflects a belittling culture of name-calling among some Jamaican politicians.

'Leggo beast' is a popular term used by Jamaican parents and grandparents to describe children who are behaving uncontrollably or in an ill-mannered fashion.

In his apology, Thwaites said that "the serious issue facing the society of weak parenting and inadequate community support to socialise so many schoolchildren is likely to be overlooked by controversy over the appropriations of a phrase I used. I regret speaking in the manner I did," he said, while sporting casts on both arms due to injuries he received from a fall at his farm recently.

Meanwhile, Opposition Spokesperson on Education and Youth Kamina Johnson Smith has said she was very happy that Thwaites has finally agreed to withdraw his 'dangerous statement'.

Earlier this month, director of security and safety in schools at the Ministry of Education, Sergeant Coleridge Minto, listed gang violence, marijuana smoking and vending as priority issues to tackle for the new school year.

"We train the deans in areas of writing reports and being able to detect things better. I was shown a weapon where a student used a pen to disguise an ice pick. Looking at it, you would think it's a pen, but when you scrap it, you see a very sharp object. We can't take these things lightly," he was quoted as saying in a Gleaner story published on August 8.

He said 135 metal detectors have been ordered and would be placed in schools for the upcoming school year.

At least one prominent high school in St Andrew was forced to expel a group of students earlier this year after its administrators reported that the students were part of a gang operating at the institution. Yesterday, the education minister also rubbished those claims.

Sergeant Minto, who was not present at yesterday's forum, told The Gleaner by telephone that he was not able to speak on the issue as he was busy with other matters.

"The first thing is that you prefaced your statement by saying that there are gangs in schools. I don't recall even saying that, which is an issue that we are looking at," he said, directing further questions to Byron Buckley, director of communications at the MOE.

Meanwhile, Elaine Foster-Allen, permanent secretary in the MOE, told the forum that while some children may have parents who are gang members and who come into the school system with a "gang mentality", it is not fair to classify them as gangsters.

"We have a few groups of children who behave in a 'gangsterish' manner, but that is not new," she said. "You have children, who, for whatever reasons, come together and decide that they are going to behave like a gang, and gang there means that they exclude other children, they dress in a particular way, behave in a particular way and join the same clubs, [but] they are not criminals."