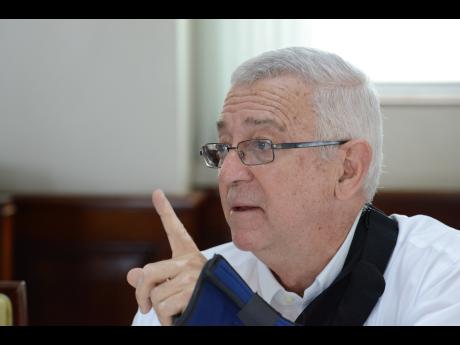 If education Minister Reverend Ronald Thwaites has his way, he would rush to the feet of the International Monetary Fund (IMF) seeking to have the requirement to send home teachers who have reached retirement age removed from the current Extended Fund Facility agreement.

In promising the IMF that the spending on education will also be made more efficient and effective, Jamaica committed to instituting mandatory retirement at the normal retirement age.

However, speaking at a Gleaner Editors' Forum at the company's North Street offices on Wednesday, Thwaites said the mandatory retirement policy has been implemented, but "unfortunately with a rigidity that very often prejudices the system".

"Very often, teachers are at the height of their career and competence at 60 and they have to go the next day because of that rule. If we had more flexibility in respect of discipline, in respect of assignment of teachers, we might be able to avoid that level of haemorrhaging," Thwaites said.

Jamaica has also told the IMF that there will be a freeze on the hiring of teachers in schools that are overstaffed to allow the number of existing teachers to decline by attrition. The current scholarship programme has also been reformed along two lines: needs-based and merit-based.

Thwaites is yet another member of the Portia Simpson Miller-led Government who has expressed the desire for an amendment to the IMF strictures to which the Government has agreed.

Dr Peter Phillips, the country's finance minister, who inked the deal, has said there is now a need to revisit the 7.5 per cent primary-surplus target that Jamaica is required to achieve under the programme.

"Yes, we do think it is something to consider an adjustment in that target," Phillips has said.