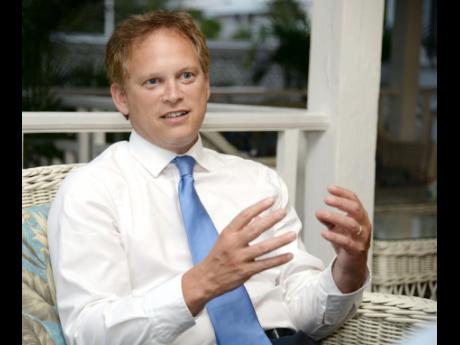 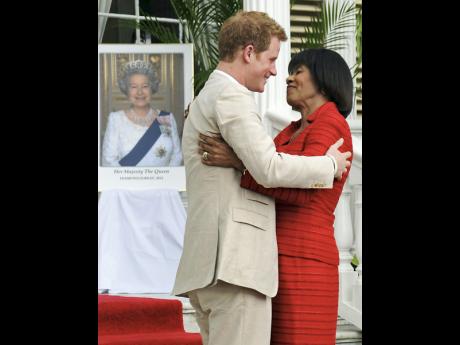 File
Britain's Prince Harry (left) is welcomed by Jamaica's Prime Minister Portia Simpson Miller on a visit to the island in 2012. Simpson Miller has said her Government will be removing the Queen as Jamaica's Head of State.
1
2

The British Government says that it would not be offended if Jamaica decided to replace the United Kingdom-based Judicial Committee of the Privy Council with the Caribbean Court of Justice (CCJ) as the country's final appellate court and removed the Queen as the country's head of state.

Grant Shapps, a minister in Britain's Department for International Development who has responsibility for the Caribbean and Africa, said the position of the British government is that "it is entirely up to Jamaica and the Jamaican people to decide" whether they want the CCJ, for example.

"I am a Privy councillor, in which case, cases come to me, and if Jamaica wants to use its own or a Caribbean high court, it is a matter for Jamaica and its population to decide," Shapps said during a recent interview with The Gleaner on a one-day visit to Jamaica last week.

Three bills for the abolition of appeals to the Privy Council and for Jamaica to join the CCJ in its appellate jurisdiction have been passed in the House of Representatives. The bills, however, have been lingering on the table of the Senate as the Government appears unable to secure support from at least one opposition senator to secure its passage.

Shapps said, "The United Kingdom is not going to stand in the way of or judge, one way or the other, the domestic decision."

The parliamentary Opposition has been insisting that the matter of the final court be put to the people in a referendum, but the Portia Simpson Miller-led Government has said that it is unwise to subject matters of the judiciary to the political hustings.

In addition to abolishing appeals to the Privy Council, Simpson Miller has said that she intends to make the island a republic, removing Queen Elizabeth as the head of state.

"I love the Queen. She is a beautiful lady. And apart from being a beautiful lady, she is a wise lady and a wonderful lady, but I think, time come," Simpson Miller said after swearing the oath of office in 2012.

Shapps said that if Jamaicans decided to replace the Queen as head of state, the country could still be a member of the Commonwealth, which he describes as "a fantastic institution".

The Commonwealth comprises 53 countries that were under British rule across all six continents with a combined population of 2.1 billion, almost a third of the world population. Shapps said it represents the best of democracy, freedom, trade, and other things that unite the entity.