Thou knoweth not - Pickersgill unaware of rivers in Manchester; Shaw rebuked for Bible quotation 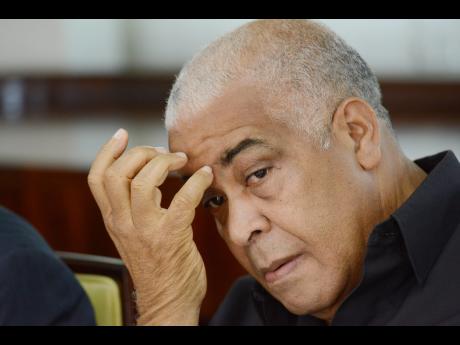 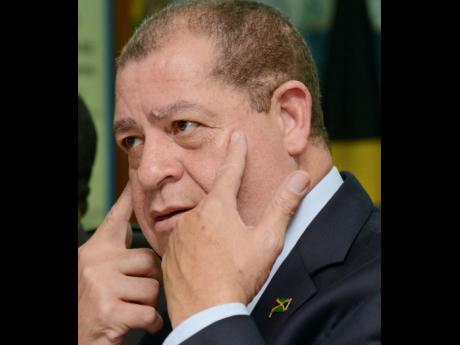 Jamaica's water minister was until yesterday unaware that the central parish of Manchester had rivers.

Robert Pickersgill was a picture of shock yesterday when his government colleague Mikael Phillips revealed in the House of Representatives that areas in Mile Gully in his North West Manchester constituency were being targeted for community and history tourism activities.

The river in question is Noisy River, which Phillips said was one of only three surface rivers in Manchester. He said it is located in Oxford, a community that borders St Elizabeth.

Basil Fernandez, one of the foremost authorities on Jamaica's water sources, told The Gleaner yesterday that he was not aware of the existence of Noisy River. He said, however, that there is a river called Three Rivers, which is close to the coast in Alligator Pond. He also identified the Guts Alligator Hole rivers.

Fernandez said that the rivers are close to the coast, they are a bit saline.

"Manchester is a limestone plateau and the springs come up from the limestone," he told The Gleaner.

"Noisy River is one of the main attractions for residents of St Elizabeth and Manchester," Phillips said.

He told legislators yesterday that his constituency had received money from the Tourism Enhancement Fund and "we have decided to take that money and develop a product - Noisy River".

As part of the development of Noisy River, lands have been leased from the Forestry Department. Phillips credited Pickersgill for having fast-tracked the process for the lease. He said restrooms and shops have now been constructed to enhance visitor experience.

Meanwhile, another Manchester MP, Audley Shaw (North East), found himself at the centre of ridicule after he emerged wrong and strong on a biblical quotation. He was exalting all MPs to get the nation to rally behind education as the best and most reliable avenue out of poverty.

"Sacrifice, do your best, teach your children to read your Bible. It says 'the fear of the Lord is the beginning of wisdom', teach them that. And teach them to read," Shaw said.

But Pickersgill led a throng of government MPs who laughed at Shaw and told him that he should substitute the word 'wisdom' with 'knowledge'.

Shaw would not have it. He rose to his feet and challenged.

"I am being told that I misquoted the Bible. I want to tell the minister, the Bible, in the Book of Proverbs, chapter 3 verse 5, it says the fear of the Lord is the beginning of knowledge'. It goes on to say fools despise wisdom and instructions," Shaw said.

Pickersgill then used his tablet computer to find the scripture, pointing out to Shaw that he was wrong, but the opposition MP said he would be taking his copy of the Bible to show he got it right.

Proverbs 1:7, according to the King James Version (KJV), state, "The fear of the Lord is the beginning of knowledge: but fools despise wisdom and instruction."

The passage that Shaw referenced as Proverbs 3:5 actually states: "Trust in the Lord with all your heart and lean not on your own understanding."