Gregory Mair walks away from politics 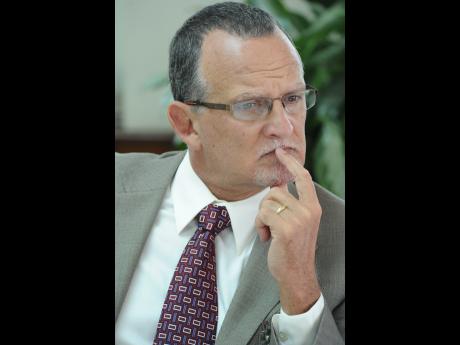 Gregory Mair - one of five Members of Parliament elected in 2007 on the Jamaica Labour Party (JLP) ticket, but who held citizenship not allowable for a parliamentarian under the Jamaican Constitution - has tendered his resignation from the party after 12 years, including two terms as MP.

Mair is resigning with immediate effect as chairman of the constituency and will not contest the upcoming general election, widely expected to be held before the end of the year. In a letter dated September 3 to general secretary Dr Horace Chang, Mair, who in recent years has had a cloudy relationship with party leader Andrew Holness, said the years in politics have taken a personal toll.

"I have served the party for over 12 continuous years, including two terms as member of parliament, and feel it is time for me to now concentrate more on my family and my business as these years of public service have taken their toll on both," Mair said in his letter to Chang.

According to Mair, he took the decision after consultation with his family and friends and will serve out his time as MP. "I would like to take this opportunity to express my gratitude to my constituents, the workers and our party for having afforded me the opportunity to serve North East St Catherine and by extension, Jamaica, as a member of parliament," wrote Mair.

He first won the constituency in 2007, beating the People's National Party's Phyllis Mitchell by 959 votes and then defended it in the 2011 general elections, holding off challenger and former MP Abe Dabdoub whom he beat by 618 votes.

Mair who was part of a failed bid by Audley Shaw (MP Manchester North East) to unseat Holness in November 2013, said he was committed to the JLP and continued to believe that the JLP was the best choice for good governance in Jamaica. Mair, Daryl Vaz (Portland,West); Michael Stern (Clarendon North West) Shahine Robinson (St Ann North East) and Everald Warmington (St Catherine South West) were all involved in by-elections as at the time of the elections in 2007, they were under acknowledgement to a foreign power which made them ineligible to be elected to the House of Representatives. Mair, Vaz, Stern and Robinson were all removed by court action, after which they renounced their foreign citizenship, contested the by-elections and regained their seats. General election were last held in December 2011.