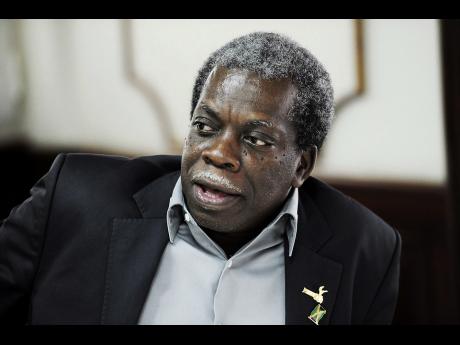 When the doors of many schools reopen this week, the focus will not only be on students and teachers but on parents and the role they play in their children's education.

It is for this reason that president of the National Parent-Teacher Association of Jamaica (NPTAJ), Everton Hannam, is urging parents to become more involved in the PTA of their children's school.

"Participation and attendance to PTA meetings is important. PTA meetings are very essential because there is a lot of activity that evolves within the PTA," he told The Gleaner.

He highlighted the fact that the first PTA meeting of the year for most schools generally enjoys a substantial turnout from parents, but lamented the decline throughout the rest of the school year.

This, he said, was attributed to the lack of importance that is placed on the role of PTAs by some parents.

Hannam, however, noted that the national association has been working to raise the profile of PTAs and provide more avenues for parents to become involved in their schools.

The NPTAJ was formed in 2006 and was envisioned as part of the strategy to address weaknesses in the education system outlined in the National Task Force on Education Report.

The report had identified a lack of communication between schools and parents as one of the factors affecting the education system.

Hannam said that PTAs allow parents to know what is happening at school and also provide an avenue for them to become more active in the education of their children.

"Parents tend to abandon PTA after the first meeting, but they should continue participating in the PTA at their respective schools so that they can contribute to the development of their school ... . If there is going to be any meaningful interaction in the education process, parents need to work with teachers, who are the custodians of our children during the hours of school," he said.

Several parents who spoke with The Gleaner echoed Hannam's views, noting that they have benefited from membership in their respective PTAs.

Elaine Williams, a mother of two, told The Gleaner that she was actively involved in PTA.

"That is how you learn what your children is (sic) doing in school. You get to interact with other parents and you get to know the teachers," she said.

For Shadae Bent, whose son will be attending a new school this academic year, PTA membership is a priority.

"I will definitely be joining the PTA at my son's school because I want to know what is going on in the school and also ensure that he is progressing in school," she said.