Bauxite back in business at Alpart 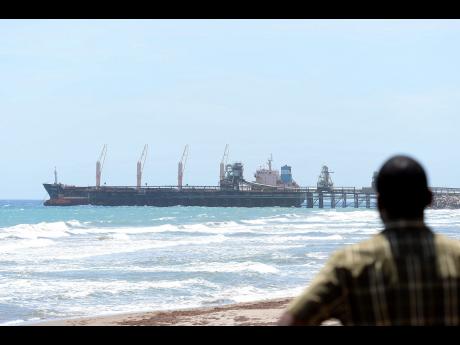 Jermaine Barnaby
A vessel being loaded yesterday with the first shipment of bauxite to be exported from Port Kaiser in St Elizabeth since 2009. 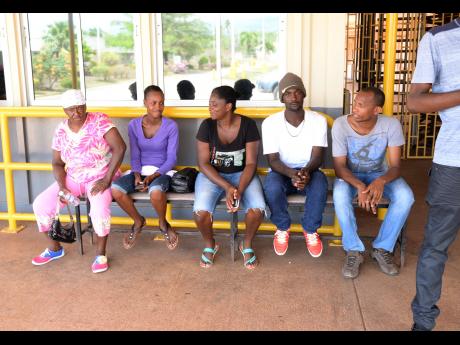 Jermaine Barnaby
Persons who turn up at Alpart hoping to get work yesterday. 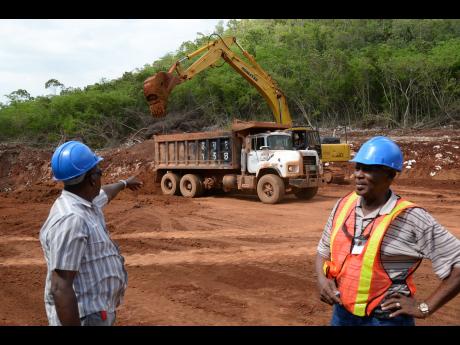 Jermaine Barnaby
Workmen watch as a truck is loaded with bauxite at Myersville as bauxite export restarted at Port Kaiser in St Elizabeth yesterday.
1
2
3

The familiar sights of dug-up earth that populated communities across Manchester and St Elizabeth in the heyday of bauxite are slowly beginning to return.

When a Gleaner team visited Myersville in St Elizabeth yesterday, the bauxite mine located there was abuzz with activity.

A tractor toiled away at the earth, digging up the brown-red ore that is loaded on to trucks and transported to the UC Rusal Alpart refinery plant at Nain in the parish.

It is from here that the signs of life returning to the bauxite industry in the parish are most evident.

The plant yesterday made preparations for its first shipment of bauxite in seven years - a milestone on its journey to return to full operation by late next year.

The plant was shuttered in 2009 after a downturn in global demand for bauxite and alumina.

Julian Keane, public-relations officer at UC Rusal, told The Gleaner that the first portion of bauxite export, which started yesterday, was mined from Manchester and has been in storage at the plant since 2009.

Cabinet in December of last year approved a submission for Rusal Alpart Jamaica to mine and export up to two million crude wet tonnes of monohydrate bauxite over an 18-month period.

Under the agreement, Alpart will have access to the allocation of 30 years' bauxite reserves to meet its capacity. The export of raw bauxite from Alpart is expected to earn US$60 million.

The first shipment of 30,000 tonnes of bauxite is being exported to Ukraine, with plans afoot for additional shipments. The shipment was slated to leave Port Kaiser late yesterday.

"We have additional ships that will come into the port for this year leading into next year as well. The whole plan is for the restart of the plant, so we started off with exportation of bauxite and by December 2016 we should resume production at Alpart," Keane said.

Keane also noted that the plant is in a state of readiness as it has been subjected to regular maintenance. It is expected that it will take six to nine months to get the plant to full operation once approval is given for alumina production to resume.

As Alpart prepares to return to full operation, residents in the surrounding areas are looking forward to the prospects for employment.

Hyacinth Mitchell was one of 14 persons who turned up at the plant to inquire about jobs.

"I was told that they looking for flagmen and other people to work in the mine, so I just come to look for a job because I have been out of work for a long time now," she told The Gleaner.