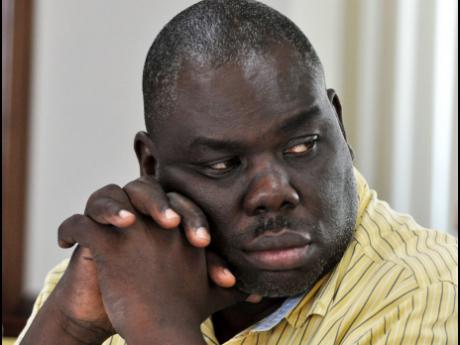 File
Permanent Secretary in the Ministry of Agriculture Donovan Stanberry

There could be a major shake-up at the National People's Co-operative Bank of Jamaica Limited (NPCB) next week, as an audit done by its oversight body - the Agricultural Credit Board (ACB) - has uncovered serious irregularities at the

institution which offers loans to micro, small and medium-scale enterprises, including farmers.

Permanent Secretary in the Ministry of Agriculture Donovan Stanberry yesterday told members of the Public Administration and Appropriations Committee (PAAC) of Parliament that the audit unearthed information that senior managers were awarding loans to themselves.

"Part of the findings of the audit was that management was approving loans for themselves and members of the (PC) board. There are findings of money unaccounted for," Stanberry told the committee.

ACB to meet with minister

Members of the ACB are to meet next Wednesday with Agriculture Minister Derrick Kellier to review the findings of the audit as well as a response from the NPCB. The oversight body is expected to advise the minister on what action should be taken in light of the disturbing findings.

Committee member and opposition spokesman on finance Audley Shaw wanted to know whether the irregularities involved $600 million, which, he said, could not be accounted for.

"I am not confirming any $600 million," Stanberry replied.

Stanberry said a senior manager has been sent on leave in the wake of the findings of the audit.

He said that an acting manager has been asked to prepare a response to the audit.

"As soon as we get the response from the manager, then the AC Board along with the registrar of cooperatives will advise the ministry in terms of what action they will take."

When pressed by Shaw for more details, Stanberry said he could not disclose further information about the audit until the ministry receives a response from management.