MoBay crying out for supporting services 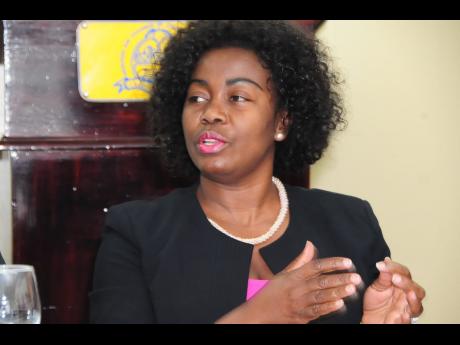 President of the Montego Bay Chamber of Commerce, Gloria Henry has bemoaned the lack of commerce-related state agencies within the western city, which she says is hampering the start-up of new businesses and stifling established enterprises in western Jamaica.

Henry made her comments during a recent Gleaner Editors' Forum in Montego Bay, St James, which focused on Montego Bay Expo 2015, scheduled for next month.

"Some of the supporting services we need in Montego Bay are not present here and that creates a debilitating effect on Montegonians," noted Henry. "Like the Companies Office of Jamaica, for instance, a basic service that is required by businesses and start-up companies and entrepreneurs doing business in Montego Bay - we don't have a branch in Montego Bay - also the Bureau of Standards."

Henry said the issue has also resulted in many Kingston-headquartered companies declining to establish branches in Montego Bay, as a majority of the requisite transactions have to be done in Kingston, where most of the agencies of the Ministry of Industry, Investment and Commerce (MIIC) are located.

"A lot of the entities that will support the growth of businesses, you have to go to Kingston to get those services, so ... Kingstonians come down here to do business and they find that they have to do so (as) many of their supporting services are in Kingston," said Henry.

"It also helps to cement that mindset that this is not yet a city ready for business. So, it is something that we have to address and we continue to lobby the powers that be as a chamber, that you have to equip Montego Bay as the economic growth engine that it is ... it is the only section of the country that is growing and we have to see it as a growth engine."

At present, the only agencies of the MIIC, which have branches in western Jamaica are the Consumer Affairs Commission, Jamaica Business Development Centre and JAMPRO. Other major agencies such as the Bureau of Standards, Companies Office of Jamaica, the Department of Cooperative and Friendly Societies, Factories Corporation of Jamaica, Fair Trading Commission, Food Storage and Prevention of Infestation, and the Jamaica Intellectual Property Office are all located in Kingston.