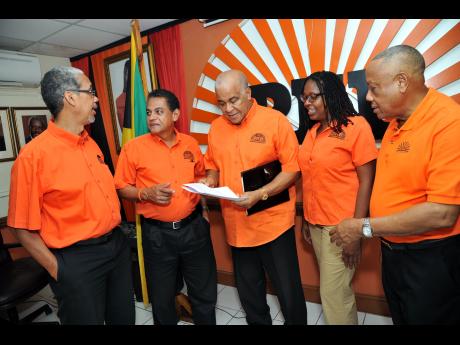 While stressing that it was the prerogative of Prime Minister Portia Simpson Miller to announce the election date, PNP Chairman Robert Pickersgill disclosed that the second day of the conference would be devoted to election preparations and a review of the organisational structures of the party.

Pickersgill steered clear of speculation on a likely election date, but declared that the PNP deserved a second chance in Government.

"Going forward, we intend to step up the progress in growing the economy and building a prosperous Jamaica," said Pickersgill.

The party chairman's "Step up the progress" pronouncement preceded other declarations in the call for another term to continue the PNP's:

- Acceleration of its interventions in a number of critical areas including the ICT/BPO sector, tourism, agriculture, port and road infrastructure and energy;

- Job-creation initiatives and further empowering of the MSME's through access to credit and other financing options;

- Deepening and strengthening the process of local government reform;

- Improvements to the justice system;

- Deepening cooperative and collective approach to governance by strengthening our relationship with private sector, civil society and trade unions.

Playing down the impact ripples caused by challenges to incumbent members of parliament would have on the party as it gets into election mode, Pickersgill stressed that the democratic process was at work.

The party conference will take place September 18 to 20 at the National Arena.