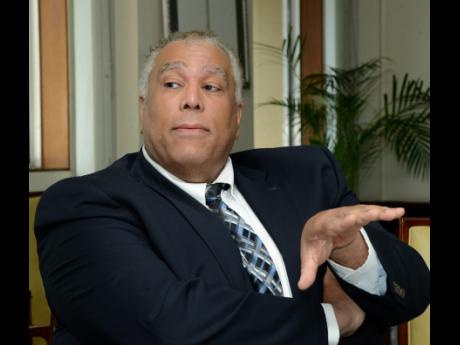 LAWS GOVERNING eye care in Jamaica are to be improved and updated in order to assist thousands afflicted by a range of sight-related ailments.

The United States-based Eye Health Institute (EHI) has received an undertaking from the Jamaican Government to amend relevant legislation that will enable it to provide much-needed eye care for Jamaicans.

President of the EHI, Dr Richard Cross, told The Gleaner that the Jamaican Government has agreed to change the laws relating to diagnostic services and therapeutic pharmaceuticals administered by optometrists.

"The laws are being changed in Jamaica to be more in line with the care being provided in the United States, Canada, and the United Kingdom," said Cross.

"My understanding is that it has already been approved by the health ministry and submitted to the legislature for approval," he added.

Noting that the eye-care profession is guided by a legal framework in each country, Cross said, optometrists (as distinct from ophthalmologists) are governed by an optometry law.

But there are signs that Jamaica's optometry law requires upgrading, having been enacted in 1926.

"In the US, the primary-care providers are able to use diagnostic and therapeutic pharmaceuticals, and most of the optometrists in Jamaica are trained in the United States, Canada, and the UK," he said.

Cross, a Jamaican residing in the United States, has been providing free eye-care services to financially disadvantaged Jamaicans since 1996.

He said promised support by Food For The Poor will help in upcoming projects. "I am very appreciative of the support we have received from the Ministry of Health and the regional health authorities in trying to expand health care to hundreds of Jamaicans in Jamaica."

Fond of the people

Added Cross: "We have really grown fond of the people in Hanover and other areas such as Manchester and Clarendon to whom we are trying to expand those services."

He told The Gleaner that he has a special focus on Hanover as the EHI was given accommodation to operate an eye clinic in Grange-Kendal, located in the parish.

"We are looking forward to creating a partnership to help expand the delivery of eye care across the island and to partner with some of the optometry schools in the US and the University of the West Indies.

Cross said the efforts of the EHI will help Jamaica to reach its goal of improving access to eye care in keeping with the World Health Organisation 20/20 Vision Initiative.