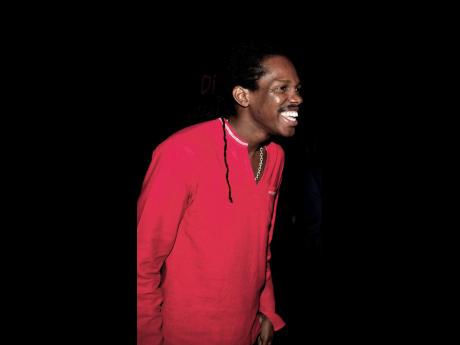 File
Crawford: Now you know that even if a politician trick you he would not say it.

Stung by the criticism he has received since telling supporters in his East Rural St Andrew constituency that his initial announcement that he would not seek re-election was just a "trick", Damion Crawford has moved to clear the air.

Addressing Comrades at the People's National Party South West St Andrew annual constituency conference on Sunday, Crawford said his "trick you" comment was said only as entertainment and not something to be taken seriously.

"The other day I was on a platform and, as part of entertaining, I said, 'trick you'. Now you know that even if a politician trick you, he would not say it. (But) some people now jump pon it, Mutabaruka gwaan like him waan repossess mi locks like me buy it hire purchase ..." declared Crawford.

"(The response) was overblown ... because most people saw my reaction at the time that it was really in jest and the full context of the thing was that those who were happy that I was leaving had been tricked and not the people," Crawford later told The Gleaner.

He said whenever he is on a political platform, his role is to motivate, educate and entertain and, many times in his presentations, he intertwines the three.

"There is no politician who would have created or done a trick and then announced that it was a trick, because that would have defeated the essence of a trick," said Crawford.

According to the first-term member of parliament, he seriously considered giving up representational politics before coming to the decision to face the electorate for a second time.

"I tried some things in the constituency that were very different and very new, and I was not sure that the constituents were willing to accept it. And at the end of the day, it is the number of seats that wins the election.

"So if I believed that most people were not in agreement with the style I tried, it would be only right for me not to offer myself," said Crawford.

He continued: "So it was not an attempt to trick, it was an attempt to inform the party in due time that I was considering not going back and I think when the polls came and I was spoken to by some members, I became even more convinced that the majority were in agreement, even if they were silent."

The dreadlocked MP said while he likes government and the access to power that government gives, he does not like politics and suggestions that his 'trick' is the reason he will face a challenge for the right to represent the PNP is nothing but speculation.

"Many who didn't say they are not running back are facing

Crawford, who is slated to face a run-off with Senator Norman Grant and businessman Peter Blake, expressed confidence that he would get the nod to continue representing the PNP in the seat he won by beating the Jamaica Labour Party's Joan Gordon-Webley by 259 votes.

"The people who would have seen the work that I have done are happy with it ... . I am looking forward to the challenge because you get to silence some detractors by saying the majority of persons are with you or not with you."