US investor warning - Jamaica to lose millions in investment if crime not curtailed, says ambassador 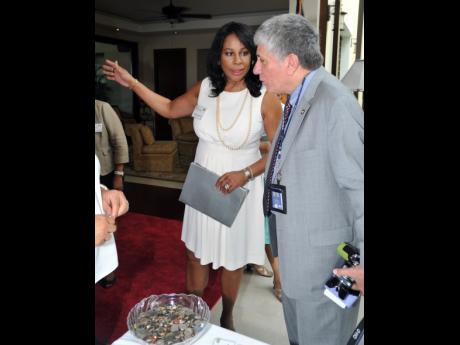 United States Ambassador to Jamaica Louis G. Moreno is pledging to raise awareness about violence against women in Jamaica and is urging women to do the same.

Noting that between January and September 5 this year, there have been more than 826 murders in Jamaica, Moreno said violence, in general, and violence against women and children was "mind-boggling".

According to the Jamaica Constabulary Force's Periodic Crime Statistics Review, since the start of the year, there have been some 390 reported cases of rape.

He raised the cautionary note that violence would deter millions of dollars of United States investment that is being earmarked for Montego Bay and other parts of Jamaica in the very near future.

He said that prospective investors need a safe environment in which to operate as "they won't want to come here if they are worried about security; because security and economics go hand in hand".

Quoting statistics, Moreno said one in three Jamaican women will be a victim of violence in her lifetime, and 16 per cent of all visits to local hospitals' emergency rooms are because of rape.

"We must also support victims of human trafficking," Moreno said in his plea to the group, adding that addressing the issue of violence against women was key to attaining the goals of Vision 2030 "to make Jamaica the place of choice to live, work, raise families and do business".