no place for gays... Marcus Garvey party says not in its Cabinet 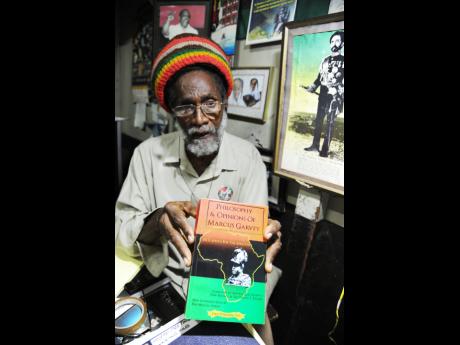 THERE IS no place for gay or lesbian Jamaicans in the executive should the Marcus Garvey People's Political Party (MGPPP) form the Government.

"We operate under the philosophy of Marcus Garvey, and Marcus Garvey spoke to homosexuality and lesbianism and he said it should not be encouraged in the organisation because it is anti-life. We see it as demeaning to the extension of life," Horace Matthews, the organisation's chairman, told The Gleaner yesterday.

Matthews said that homosexuality is a sickness that requires hormone treatments.

Asked how the party would treat the situation if it found out that a member of the Cabinet was gay or lesbian, Matthews said, "We would ask them to resign."

"The integrity of the office would let you know you should resign," he added.

Former Prime Minister Bruce Golding, in a British Broadcasting Corporation 'Hardtalk' interview in 2009, when he was asked whether gays could be in his Cabinet, said: "Sure they can be in a Cabinet, [but] not mine."

The Jamaican Government has been under pressure to repeal the buggery law, with some of the lobbyists being international partners such as the European Union.

Matthews said part of the reason Jamaica is now being dictated to by outside forces is that the country has failed to take seriously the concept of self-reliance, which was preached by Garvey and amplified by Michael Manley in the 1970s.

"Self-reliance must be the way. He who pays the piper calls the tune. If you are going to be a mendicant and go out there and depend on them, then they will call the tune," Matthews said.

"We feel that the buggery law should be maintained because we look at family as the highest ideal of the nation, and if we are going to condone two men, also two women, to get married, then you are destroying the family because they cannot produce life," Matthews said.

With Prime Minister Portia Simpson Miller having given the signal that she may soon call the general election, the MGPPP has been drumming up support for its bid to win a seat in Gordon House and perhaps form the Government. In its last political outing in 2011, the party fielded 10 candidates and they together got 420 votes.

Matthews, who ran in South East St Andrew, got 28 votes.

Responding to questions on how an MGPPP-administration would deal with social issues such as homosexuality and abortion, Matthews said Jamaicans will have to embrace that which is right.

He said, for example, that having discussed the matter of abortion thoroughly as a party, the MGPPP has decided to say no to it.

"We look at abortion as something that is against life ... . The one that was very tricky was rape, and we ended up saying not even in rape. That was the consensus at the end of the deliberations," Matthews said.