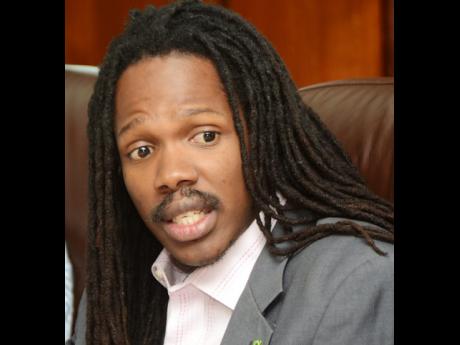 The embattled incumbent member of parliament (MP) for East Rural St Andrew, Damion Crawford, has come in for sharp criticism from sections of his own party - this time for attending none of the six People's National Party (PNP) National Executive Council (NEC) meetings for the 2014-2015 year.

The dreadlocked first-time MP, who is fighting to win his party's approval to again represent it in an impending general election, has given no reason for his dismal attendance record, which some persons in the PNP hierarchy view as disrespectful, sources say.

Crawford, who offered himself as a candidate for the upcoming election after the deadline, also carries a similarly poor record of attendance for the nine meetings of the parliamentary group.

Crawford has attended only one of the nine meetings convened.

According to sources, his disdain for the party, and what it stands for, are among the reasons he is having problems in his constituency.

Chairman of Region Three, Phillip Paulwell, MP Richard Azan and Senator Wensworth Skeffery all have perfect attendance records at meetings of the parliamentary group for the same period.

MP Julian Robinson has a near perfect record, missing only one of nine meetings.