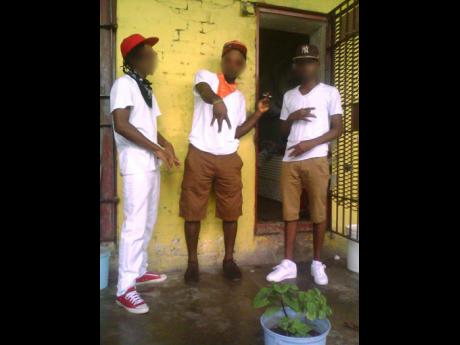 File
A group of inmates pose for a cell phone photo inside a local prison. 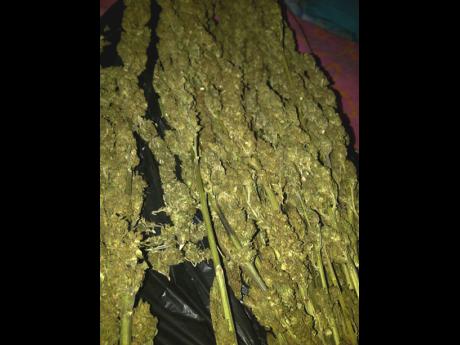 An inmate posted an image of what appears to marijuana inside the Tower Street Adult Correctional Centre. 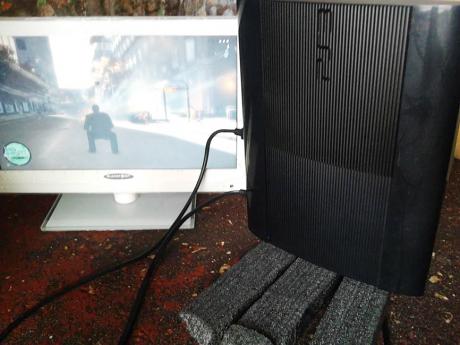 This PlayStation 3 is among a range of electronic devices available to prisoners. 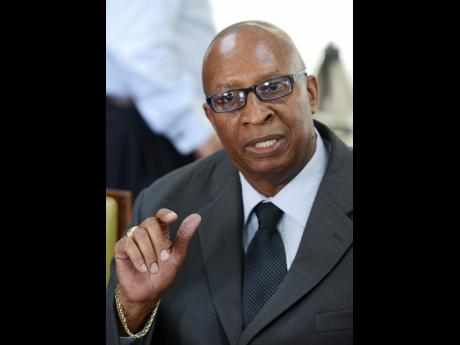 Rudolph Brown
Deputy Commissioner of Police Glenmore Hinds: It is a concern that they have access to communication devices while in prison, when they shouldn’t have them.
1
2
3
4

"The system cant stp mi noh day noh time," an inmate at the Tower Street Adult Correctional Centre posts on his Facebook page. He, like several others among the island's more than 3,000-strong prison population, accesses the social-networking site on a regular basis from the comfort of his cell, using a smartphone smuggled into the facility.

The issue of contraband, including cell phones, getting into the nation's prisons is not new. Over the years, searches have led to the confiscation of thousands of phones, but still, they continue to get in. While the issue is a long-standing one, the advent of smartphones has opened up a new frontier. Prisoners now have the world at their fingertips - literally. With the touch of a screen, inmates are able to have round-the-clock access to a much wider range of information and communication options, giving them access to family, friends, witnesses of crime as well as victims - anybody.

That's why a smartphone is a prisoner's gold, and attracts the highest fees to smuggle into penal facilities.

Gleaner sources point to correctional officers as the main players in the illegal smuggling ring, and it doesn't take much hassle to get a phone to a loved one behind bars. Persons wishing to smuggle phones into prisons are given instructions as to where to leave them along with a smuggling fee. The phones are then picked up by a correctional officer and delivered to inmates as directed. Older phone models can be smuggled for as low as $1,000, while higher-end smartphones attract a fee of $2,500 upwards - depending on the model.

While The Gleaner has been unable to get a word from the Department of Correctional Services (DCS), Deputy Commissioner of Police Glenmore Hinds said the inmates' use of smartphones behind bars is "not surprising". He admitted that it raises serious security risks, including the possibility of hits being ordered from behind bars.

"We have always been concerned about persons having access to telephones illegally in prisons [with] the prisons being a restricted area," Hinds told The Gleaner.

"It is a concern that they have access to communication devices while in prison, when they shouldn't have them. The fact that the smartphones possess these features, it is not surprising that they would exploit the technology," he added when asked about their active presence on social-media sites.

A number of profiles The Gleaner viewed on the popular social-networking site Facebook showed inmates posting daily updates, including videos, photos, reflections and commentaries. The posts show a wide range of contraband behind prison walls, some being used in plain sight during daytime.

Hinds said the police have been working closely with the DCS, conducting searches to confiscate unauthorised weapons, drugs, phones and other contraband in the nation's prisons.

Hinds had a word of caution for those involved in smuggling contraband into the prisons.

"It is for those persons on the outside to recognise that they are putting themselves at risk to be charged if they seek to smuggle contraband, including phones, in[to] prisons to inmates," he warned.