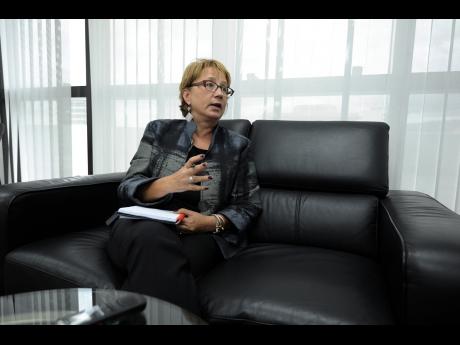 "No matter which party wins, it is an agenda for the Government of Jamaica," asserted Sotirova in an interview with The Gleaner.

She said that with Jamaica having passed the worst, the way is being paved for the private sector to launch an effective growth process.

According to Sotirova, three years ago when the IMF programme was put in place with the collaboration of the World Bank and the Inter-American Development Bank (IDB), few believed that Jamaica would have reached this stage.

She said not only was the track record of agreement with the IMF poor, but the economic management, development, and growth were dismal as well.

"When you look where Jamaica was three years ago and how far it has moved, it really shows a strong commitment and determination to a path of reform that was needed for years in Jamaica," she asserted.

"So what we are seeing now is that Jamaica has done most of the heavy lifting, meaning fiscal consolidation, and some other good signs," added Sotirova.

Stressing that there is now macroeconomic stability in place, Sotirova said the fundamentals have remained in place and any government would be now poised to go deeper into structural reforms in the business environment.

This, she said, includes ensuring that government funtions as a facilitator for the participation and contribution of the private sector to drive growth.

Sotirova said the next administration should also be the facilitator of private investment in the country.

"The Government also has to ensure that the social vulnerabilities of Jamaica are being addressed by strengthening programmes for the vulnerable and paying attention to the quality of education," she said.

Sotirova asserted that this is what is needed to create a labour force in a competitive market.

"What is needed and what should happen is to make sure that the private sector brings its financing and is the main engine for growth in Jamaica," said Sotirova.

Citing the container terminal and energy drive, Sotirova said Jamaica is the leader in the Caribbean in private-public partnership.

"There are few big private-public partnerships that are already concluded or being advanced," she said.

Added Sotirova: "It is very important that Jamaica is doing this without government guarantee, given the resource constraints in which the country has found itself."