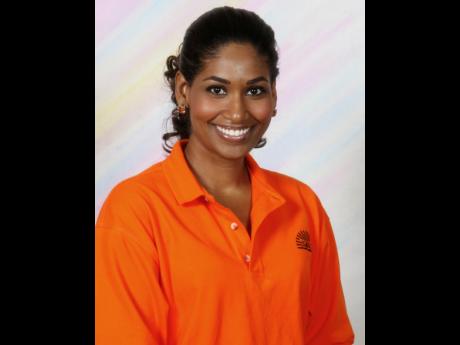 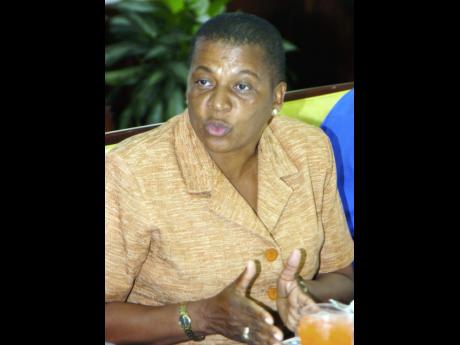 Lisa Rene Shanti Hanna, the Member of Parliament for South East St Ann, was set to face her toughest political battle today in a face-to-face clash with Paletha Lydia Richards, councillor for the Bensonton Division, for the right to represent the People's National Party (PNP) in next general elections.

But late yesterday, PNP General Secretary Paul Burke told The Sunday Gleaner that Richards had written to the party indicating that she would not be contesting the selection.

"It could be affirmation based on what one candidate has written to the party, but we are preparing for either," said Burke.

Minutes later, however, persons close to the Richards camp told our news team that she had not said she would not contest.

"We have a problem with the list and we indicated that we would not be willing to contest the election on that list," said the source.

A dispute over the voters list had previously caused the selection to be postponed and it appears that the party's secretariat is determined that the list in place is the one that should be used.

This is the latest twist in a battle which has been acrimonious at best and vitriolic at worst in an intra-party dog-fight for the seat that has never been lost by the PNP (except for the uncontested 1983 snap elections).

Hanna is a second-term MP who has risen from a political nobody to become a Cabinet minister and head of the party's Region Six, which covers the parishes of St Ann and Trelawny.

She entered the constituency before the 2007 general election as a compromise candidate after a similar battle saw influential Comrades in the constituency, including Richards, councillors Lloyd Garrick (Moneague) and Vinnette Robb-Oddman (Calderwood), call for the removal of then MP Aloun Assamba.

They reportedly wanted Sheree Brown-McDonald, the wife of PNP power broker Denzil 'Wizzy' McDonald, to be given the nod to represent the constituency.

The leadership of the PNP stepped in after Assamba walked away and Brown-McDonald was rejected.

Hanna, who was then best known as Miss World 1993, was hand-picked by PNP president Portia Simpson Miller and was backed by the influential former MP, the now-deceased Seymour Mullings, to take charge of the constituency buoyed in the early days by bauxite mining, which provided employment to residents.

Hanna had national appeal but was a newcomer to politics when she won in 2007, defeating the Jamaica Labour Party's (JLP) Peter Fakourie. She polled 7,158 to Fakourie's 4,461, even as the PNP's 18 and a half years in power came to an end.

Four years later, the PNP swept the 2011 general election and the region she heads and Hanna polled 8,996 votes to defeat the JLP's O'Neil Esteen, who grabbed 4,751 votes.

But political storm clouds began to form in the constituency when she expressed dissatisfaction and alleged cost overrun associated with the refurbishing of the Moneague Post Office.

Three of four councillors took her to task and the storm clouds which emerged around that dispute have developed into a full-blown political storm.

Garrick, Richards, and Lambert Weir (Claremont) all objected to Hanna's continued stewardship in the constituency. They claimed that Hanna announced that $4 million was spent in the constituency for rodent eradication, and demanded to know where the money was spent.

The trio, supported by McDonald, continued to chip at Hanna's heels, defying the party's orders to cease and desist from airing internal party issues in the public domain.

Richards threw down the gauntlet at a public meeting and announced that she would challenge Hanna, whose detractors claim that she is arrogant, aloof and talks down to people, among other negatives.

But the woman whose head once wore the prestigious Miss World crown has made it clear that she is ready for the fight, and when the votes are counted at the Ferncourt High School this evening, she expects to retain the right to be the PNP's standard-bearer in the constituency.

Alex Panton steps out at 17 - Builds bathroom facility for elderly in St Ann
A gem called ‘Jan’ - Dr Janice Lindsay sent off with smiles
Bombshell! - Hanna alleges nepotism, corruption at culture ministry
Eyes on the prize! - Hanna, Arscott avoiding internal squabbles as they aim for PNP vice-president posts
Lisa ready to lead - Fearless Hanna prepared to go it alone in her quest for changes in PNP