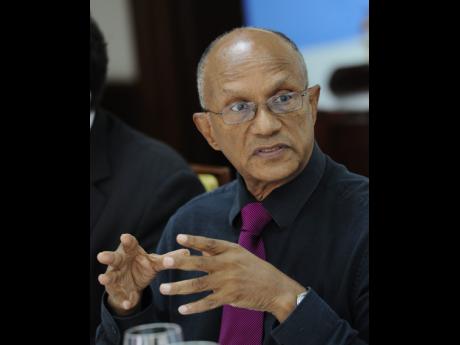 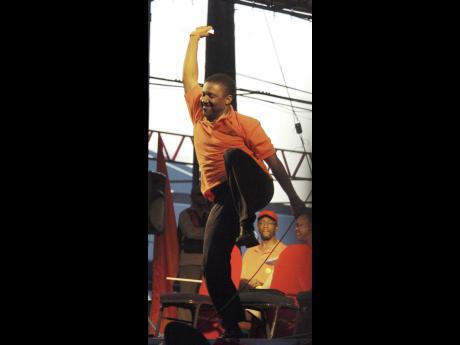 Ricardo Makyn
Phillip Paulwell, the Leader of Government Business in the House of Representatives, needs to deliver on his pledge to have the Campaign finance bill tabled by October.
1
2

October is three days away. The Leader of Government Business in the House of Representatives, Phillip Paulwell, is quoted in The Gleaner of September 22 as indicating "barring unforeseen circumstances, we should have the bill (Campaign Finance) in Parliament by October".

The Leader of Opposition Business in the House, Derrick Smith, said in the same edition of The Gleaner that the Parliamentary opposition was "anxious" to see the bill tabled in Parliament.

The public must also be "anxious". After all, it was two years ago that the Parliament approved the Electoral Commission of Jamaica's (ECJ's) recommendations.

Why should we be anxious that Jamaica moves from 10 years of debate to a statute regulating campaign finance?

We should be anxious because right now, and for the past 70-odd years, Jamaican political parties have been able to source funds from:

- "Anonymous donors", who may pass paper bags or suitcases full of cash to a party;

- Drug lords and money launderers seeking to buy protection of one sort or another;

- Ponzi schemes, recently and finally declared illegal, like Cash Plus and OLINT, the latter, according to Turks and Caicos Supreme Court documents, donated US$5 million to the JLP and US$2 million to the PNP prior to the 2007 election;

- Foreign governments and entities, even those with government contracts;

- Big private-sector companies, with no disclosure whatsoever, some of which may be seeking to buy favours;

- Entities and individuals with big government contracts that may seek to influence improperly future awards of contracts.

All this sourcing of campaign finance has been done, and can continue to be done, under the cloak of darkness.

no law for disclosure

There is now no law that requires any of these funding sources to be disclosed to anybody, not to the public, not to members of the party receiving the money, not even to officers of the party executive, who may, therefore, be unaware.

In this regard, despite our tremendous achievements on various indicators of democracy, such as freedom of the press and the independence of the judiciary, Jamaica is completely out of step with more than 80 per cent of democracies, which require financial reports from political parties and that the identities of major donors be made public.

And yet we wonder why for so long, parties that form government, following successful campaigns, too often serve private interest; why 55 per cent of the Jamaican people believe that government serves private rather than public interest.

The bill promised "by October", after becoming law, would not change all this overnight. The bill, however, preceded by a process of consultation broader, deeper, and more sustained than has probably preceded any statute in Jamaica, far more comprehensive than that leading to the establishment of Jamaica's Constitution, would be an important beginning.

Why then the delay in beginning to catch up with the rest of the democratic world?

- Pipers "calling the tune" who naturally want to remain hidden in the dark?

- Insufficient strength by those who wish the law to prevail against those in the party leadership who may not?

- Apathy among the public and in the private sector?

Whatever the combinations of reasons, all is far from lost. My experience in the recent town hall meetings held with the ECJ, listening to talk shows and current development discussions is that the public is waking up.

Some big private-sector companies such as ICD, Grace Kennedy, BNS, Sagicor, and JMMB - in response to NIA's advocacy - did not wait for law to compel disclosure before the 2011 elections. These companies did so voluntarily because they had nothing to hide.

We wish that they would do so again and that many others would join.

Let each of us as individuals and through our churches, our youth clubs, our professional associations, our service clubs, our media make sure that there are no "unforeseen circumstances" preventing the bill from being tabled and passed in October.

- Trevor Munroe is the executive director of the National Integrity Forum.