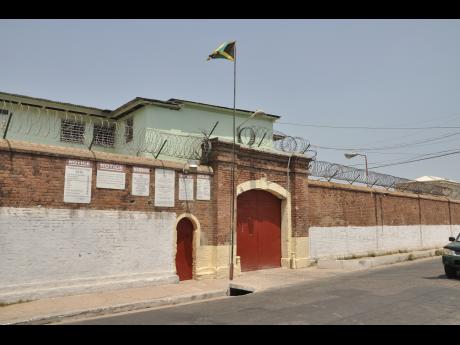 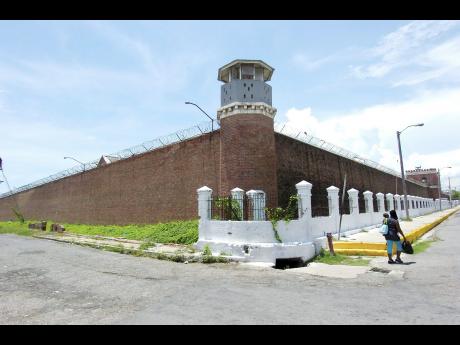 Decrying the state of conditions in Jamaica's prisons, National Security Minister Peter Bunting said Wednesday that the country would benefit greatly from the construction of a modern correctional facility through a £25-million grant from the United Kingdom (UK).

The prison is expected to cost some $10 billion and will be constructed on lands adjacent to the Tamarind Farm prison in St Catherine.

Bunting, in an interview with The Gleaner yesterday, said that Jamaica's two maximum security prisons are hundreds of years old and that the need for a new prison cannot be understated.

In addition to housing up to 2,000 persons, Bunting said that it would have features that would block cell-phone transmissions and would have toilet facilities in each cell.

"It would have a design so that it would optimise the use of your staff and optimise the time the prisoners spend outside of their cells, (being) busily occupied. We would have design classroom facilities. All sorts of productive activities would be designed into the structure of this building to facilitate genuine rehabilitation," Bunting said.

Britain's grant for the building of a new prison comes as part of a move to rid the European giant of the responsibility of persons it has convicted of various offences. There were more than 600 Jamaican citizens in UK jails as of June this year, with seven in 10 serving sentences related to drugs or violence.

"It will mean Jamaican criminals are sent back home to serve their sentences, saving the British taxpayer millions of pounds but still ensuring justice is done," British Prime Minister David Cameron has said.

Opposition Leader Andrew Holness said outside Gordon House Wednesday that he would have rather an announcement about the building of schools than a prison.

"We have always taken the view that more prisons will not solve crime. We take the view that it is better to build schools. Building schools will be a great step towards solving crime, but it is also an answer to the reparation question," Holness said.

Bunting, however, said the issue of building schools as opposed to prisons is one that does not arise. He said the grant being provided by the UK presents an opportunity to Jamaica to move forward on a significant human-rights and crime-fighting issue.

"If we had to finance it from our budget, then we would have to divert resources from our budget for either education, health, or for vital infrastructure, to build a new prison. Very few parliaments would want to make that decision and that is why we have been discussing the need for a new prison to replace the one on Tower Street and the one in Spanish Town, for more than 20 years, and we haven't reached any further," Bunting said.

"It will benefit the UK because they will save more from the annual maintenance of prisoners, but it will, in the main, benefit us because the thousands of persons that we have now serving their sentences in these degrading condition - these overcrowded, dilapidated facilities that we have now, the cells do not even have toilet facility. These are the persons who are going to benefit from this new prison if it happens," Bunting said.

Tower Street Adult Correctional Centre, formerly the General Penitentiary, was built in the 1840s to accommodate 650 male inmates but has held more than 1,700 on occasions.

The St Catherine Adult Correctional Centre, which was called the St Catherine District Prison, the other maximum security facility, was built in 1714 to accommodate 850 male inmates but has held more than 1,300 on occasions.

But under a Memorandum of Understanding by Jamaica and the UK, up to 300 Jamaicans who are imprisoned in the UK, and who are subject to deportation, would be sent to complete their time in Jamaica before being released into the general population.

Britain will provide Jamaica with a £5.5 million grant for the first four years after the prison is brought into operation to assist in the rehabilitation and reintegration of the prisoners into the Jamaican society.

Bunting said that having looked at many prisoner-removal agreements, he does not feel that Britain will be sending back more than a dozen per year.

"Even though the cap is 300 prisoners, we doubt it will be anywhere near that, plus, we will have to put a new law in place, and we have made it clear that in every case where there is request for a prisoner transfer, it will be subject to an administrative review and some sort of judicial review. And so, we would not be obliged to take any prisoner who is being proposed to be sent but would have a determination whether to accept in each case," the national security minister said.