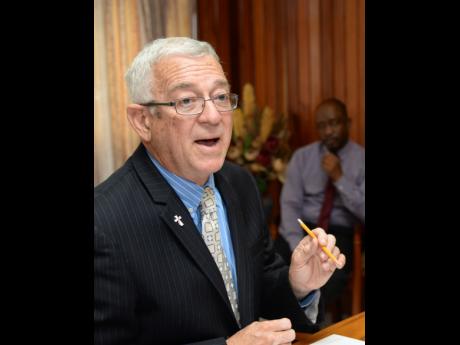 Jermaine Barnaby
Thwaites ... schools did the right thing in alerting the health authorities of the cases of HFMD and the subsequent response of both the Ministry of Health and the Ministry of Education was appropriate.

The Education ministry has hit back at the opposition Jamaica Labour Party, whose education and health spokespersons have accused the Government of dragging its feet in the wake of the outbreak of hand, foot, and mouth disease (HFMD) and water shortages facing schools across the island.

In a joint press conference with the Ministry of Health, the education ministry said it was proactive in dealing with the outbreak of HFMD.

He went on to express satisfaction with the response of local health officials to calls from schools with regard to the outbreak of HFMD.

"The joint response by school and health officials has been successful," he added.

"We have observed international standards in deciding which schools to close. I am reliably informed by the chief medical officer that only when the number of cases exceeds 10 per cent does it become necessary to close a school, and this is what we have adhered to," he said.

Thwaites also addressed the water shortage faced by several schools, stating that the ministry had the situation under constant review and responded wherever the need arose for temporary water supply at a school.