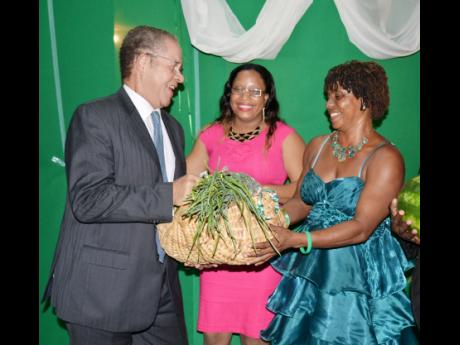 Former Prime Minister Bruce Golding has urged members of the Jamaica Labour Party (JLP) to unite, as it will not be able to remove the People's National Party (PNP) from power if it remains divided.

Golding, who is also a former leader of the JLP, made his comments during a South West St Elizabeth Constituency Awards Banquet hosted by the party in Black River on Saturday night.

He said it was only when the JLP became one strong unit that it was able to wrest power from the PNP in 2007, after more than 18 years in opposition.

"The Bible teaches us that experience teaches wisdom. We, as a party, must learn from experience. One of the reasons why we were in opposition for so long is that we weren't singing on the same key. I remember when I became leader of the party in 2005, I made up my mind that it would be my priority number one to bring the party back together," Golding said.

"It was not easy, because some of the wounds looked like they couldn't get better, and I knew it had to get better because, as I have been quoted as saying, a piece of the Labour Party cannot beat PNP; it has to be the whole Labour Party. I was able to mobilise a team where I knew some of them still felt a way, others were insecure, others still had latent grievances, that if you weren't careful, at the slightest little something, it would fly up again. My job at the time was to appease everybody, rowing the same boat in the same direction," Golding stressed.

not solely on leader

He told the party supporters in attendance that it was not solely the responsibility of the current party leader, Andrew Holness, to make overtures to members of the party who were not supportive of him.

"What the Labour Party has to do now is part of the responsibility that Andrew has to lead in, but it can't be Andrew alone. Because if the persons who may have issues aren't prepared as well to put the interest of the party above those personal issues - and even if there are issues, so long as the principles they are seeking to defend are not so fundamental that it outweighs the broader principles that the party stands for," he said.

"But I urge the party, this constituency and far beyond, let's look at the big picture. Let us not look at who beat who in which selection and who is challenging who for which position in the party and who like to profile themselves - those are the small dots; all little things," Golding added.