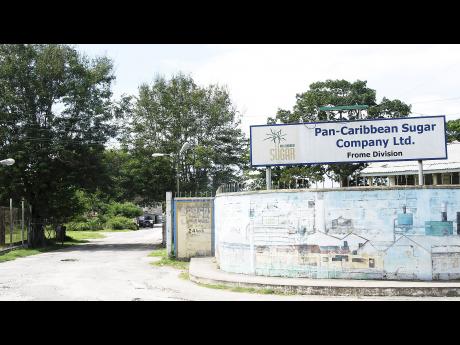 File
The entrance to the Frome Sugar Estate

While the Pan Caribbean Sugar Company (PCSC)-owned Monymusk and Frome sugar factories are now ready to supply electricity to the national power grid, their delivery of the service is being held back by procedural matters, including the need for an operational licence.

"We have made some progress, but we still have some way to go in our discussions with the Office of Utilities Regulation (OUR) and the Jamaica Public Service (JPS) regarding a licence and a power-purchase agreement," Delroy Armstrong, a senior assistant to the CEO of the PCSC, told The Gleaner yesterday.

While the Government has been quite vocal in stating a desire to see more private suppliers start selling electricity to the national grid, it would appear the PCSC, which is a subsidiary of the Chinese COMPLANT group, has been in a state of readiness for quite some time.

"I cannot give you the numbers right now, but we have realised significant savings from this investment. It has allowed us to become self-sufficient to the point that we have excess energy that we are now offering to sell to the national grid," said Armstrong, in explaining the situation at Monymusk and Frome.

However, despite the state of readiness of the two factories, Armstrong was not able to say how soon they will begin to supply electricity to the national grid. In fact, he thinks it might not be anytime soon.

"If we get permission and come to an agreement with JPS, there will be other infrastructure that we will have to put in place, so it is not safe for me to give you a timeline for this to be a reality," said Armstrong.

As part of its drive towards efficiency, the PCSC installed new 75-ton boilers at its Monymusk and Frome facilities. It has also installed two generators that produce 10 and five megawatts, respectively, at each location.

The energy being produced by the factories comes from bagasse, which is the fibrous matter that remains after sugar cane is crushed to extract juice, and is considered to be a biofuel. It is also frequently used as a primary fuel source for sugar mills. When burnt in quantity, it produces sufficient heat energy to supply all the needs of a typical sugar mill, with energy to spare.

The PCSC has been pushing for at least five per cent of off-season bagasse-based energy to be passed on to the national grid and projects that, making use of the process after the sugar season, the 10-megawatt generator could be used to develop bagasse into fuel within the next three years.