UTECH Project Not About Gay Agenda 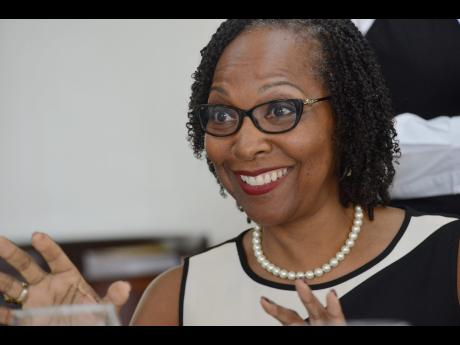 Rudolph Brown
Rosalea Hamilton: If you look at the totality of our project, this issue is one small part of it. 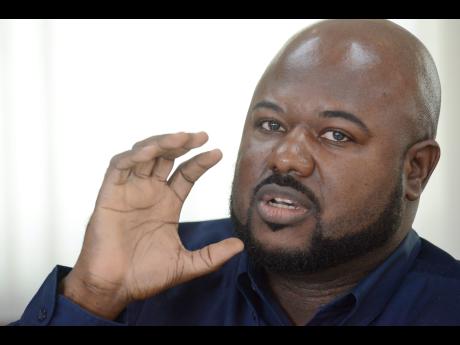 Rudolph Brown
Lewis: Part of what we are trying to do as a national university is to engage difficult social issues.
1
2

The University of Technology (UTech) has received USAID funding to the tune of US$2.4 million to boost its UTech Cares project, which is being snowballed into a national initiative called Fi Wi Jamaica.

The UTech Cares project was conceptualised as part of the university's response to a 2012 incident where two students who were alleged to be gay were beaten by security guards.

Now, with the Fi Wi Jamaica project set to engage various interventions with a strong focus on human-rights issues on a broader scale, members of the project team, who were guests during a Gleaner Editors' Forum yesterday, have made it clear that the project is not about promoting a gay agenda.

According to project director, Professor Rosalea Hamilton, "If you look at the totality of our project, this issue is one small part of it."

Project expert Dr Rohan Lewis, who is also dean of the Faculty of Education and Liberal Studies, rebuffed assertions that human rights is being used as a cover for the gay agenda.

"Part of what we are trying to do as a national university is to engage difficult social issues. There is a debate that has been raging in Jamaica for the last decade and a half in relation to this so-called 'gay agenda'. There are some real-life consequences to how that debate has unfolded. One of them has been the campaign against some musicians, for instance," he explained.

He went on to point out that UTech has had to look at the attitude of its students to members of the lesbian, gay, bisexual and transgender (LGBT) community, given the high level of migration of its students to countries that are more receptive of LGBT people.

"So it is important for us to navigate that in such a way so that not just our students, but other persons in the society, ... understand that there are ways of engaging that we need to understand."

Hamilton argued that universities cannot walk away from engaging issues regarding the LGBT community.

"It is a current social issue that we are grappling with as a nation, and I think universities cannot walk away from it, and if you notice that one of the approaches we have in the project is to study it ... . We feel that this issue is much more complex. It's not about tolerance and intolerance on a linear scale, ... and so we have to look at, for example, economic tolerance. Most Jamaicans would tolerate buying a property from someone who is homosexual because they have a home that they want. Many of us work for persons who are gay, and so there is tolerance in ways and places that define who we are ... . There are other kinds of levels where we may not be so tolerant, so we have to look at the complexity of the problem of tolerance, and better understand the problem in terms of how it manifests in our society."