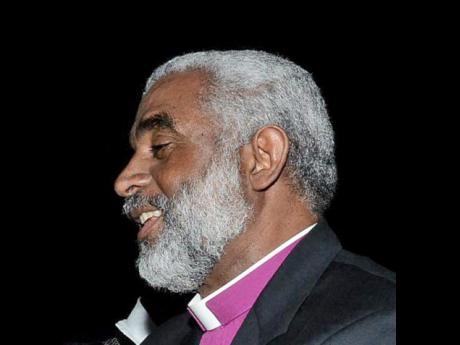 The Suffragan Bishop of Kingston, The Right Reverend Dr Robert Thompson, has indicated that he fully supports the decision of the St Hilda's High School in St Ann, to relieve Jade Bascoe of the post of head girl.

The Brown's Town-located institution, which is operated by the Anglican Diocese of Jamaica, has come under harsh criticism from the public following concerns raised by Jade's mother, Rhonda Clarke, that her daughter was stripped of the position because she was believed to be a member of the Jehovah's Witness faith.

In responding to the issue, the school said the position was rescinded given the potential for conflict, given that the student is a Witness.

Jehovah's Witnesses are discouraged from holding leadership positions in schools and are prohibited from participating in religious activities outside their faith.

The Anglican Bishop, however, pointed out yesterday that based on discussions he had with the principal of the school, an explanation was given to both the student and the parent, and as such, he was in full agreement with the school's stance.

"I'm very satisfied with the decision that the school took. We don't like the idea of the Church being embroiled in a situation like this, but I am indeed very comfortable that the principal made the right decision and she has the full support of the board and the Diocese," he declared.

"The Jehovah's Witnesses, in terms of their own tenets and beliefs, would not be permitted to take on any civic leadership in the country. They see themselves as exclusive rather than being inclusive and, even though she was chosen because of her outstanding academic performance and fine qualities, the school pulled her file and it was confirmed that she was a Witness," he continued.

Similarly, a leader at a Kingston branch of the Jehovah's Witnesses in Jamaica, has endorsed the decision taken by the institution to rescind the appointment if she was a member of the faith.

"I am not condemning the principal and other administrators who might have made that decision. It's a reasonable stand that the administration has taken," said Vincent McNeil, an elder at the Vineyard Town Kingdom Hall in southeast St Andrew.

"There are certain things that, if she was a baptised Jehovah's Witness, she would conscientiously object to," said McNeil.

The 89-year-old, whose own daughter had in the past declined appointment as head girl of St Andrew High School for Girls on grounds that there could be a conflict of conscience, said some beliefs of Jehovah's Witnesses diverged radically from those of orthodox Christians, such as Witnesses' resistance to ecumenism.

Witnesses' refusal of involvement in joint devotions or civic ceremonies have caused controversy before, forcing the United States Supreme Court to grant exemption in a 1940s case.

In the meantime, the National Parent-Teacher Association of Jamaica (NPTAJ) is urging that the student be reinstated.

In a statement yesterday, the parent-teacher body, made reference to the appointment of Governor General Sir Patrick Allen, and said the situation should have been handled differently.

"Religious tolerance should have been exercised as was done in the appointment of a governor general of the Adventist Faith," the NPTAJ charged.

"The National Parent-Teacher Association of Jamaica believes that those duties which would conflict with her religious beliefs could be undertaken by one of her deputies or a senior prefect."

Meanwhile, the Ministry of Education said it was investigating the claims of religious discrimination and indicated that a statement would be issued today.