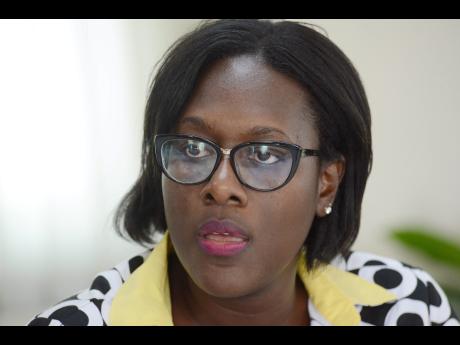 Vulnerable members of the Jamaican population now have a window of opportunity through Fi Wi Jamaica, a three-year national social-intervention project created for the protection and promotion of human rights of targeted, socially excluded members of the society.

In May of this year, the United States Agency for International Development (USAID) Cooperative Agreement was signed providing the University of Technology (UTech) grant funding to execute the project, with the overarching goal of empowering members of socially excluded and vulnerable groups through social, cultural and economic interventions.

According to Professor Rosalea Hamilton, project director and UTech vice-president of community service and development, the university sees it as its responsibility to respond not only to local and national issues but also international issues that strengthen public demand and advocacy for respect, dignity, and freedom from discrimination and violence.

"In the context of the timing for the project, we have to look at where we are in the world. We are just now completing the arrangements for post 2015 sustainable development goals, and that agenda is now out. That agenda mandates society to move towards a more cohesive, inclusive sustainable-development agenda and that is huge," Hamilton said.

According to Hamilton, who was addressing a recent Gleaner Editors' Forum, persons must now recognise and pay more attention to human capital. Fi Wi Jamaica, she said, will address questions relating not just to educational needs but the skills sets and the preparedness of the nation to deal with the workplace, and certainly to better position themselves in business.

"We recognise that we have to build social capital, because it is through those kinds of relationships that we can, not only generate more income, but enable the interventions to be much more sustainable," she said.

"I think increasingly, the literature is talking about psychological capital and much of it is being discussed in the context of organisations and businesses. But I think increasingly, we have to try to embrace that concept when we look at the challenges facing the nation," she added.

The project's target populations are groups made vulnerable by Jamaica's socio-economic and limited human-rights framework. These primarily include women, girls and disabled persons from inner-city and rural communities who are susceptible to being abused in their family situations or by intimate partners.

Women and girls who have been or who are susceptible to being trafficked, youth - both male and female - in the tertiary sector who are potential violators of the rights of women, adolescent girls in secondary education, and homeless persons, including gay and transgender youth are also included in the focus group.

Hamilton hopes that in three years, Fi Wi Jamaica can impact the economic agenda that will create more productive citizens, more citizens that are responsive to the challenges of their nation and citizens that are willing to take responsibility for the country as owners of Jamaica.

Meanwhile, Tahirah Johnson, project manager, also addressing the Forum, said they have already met with certain groups, to build on the social and economic capacity of at-risk women and girls through training and certification programmes and the formation of a network of women-owned micro-enterprises; while establishing a framework for advocating for the positive valuing and promotion of the human rights of all.

"In terms of the trafficking, one of the groups that we will definitely do a lot of work with is domestic helpers, and we will be collaborating a lot with the Jamaica Constabulary Force."