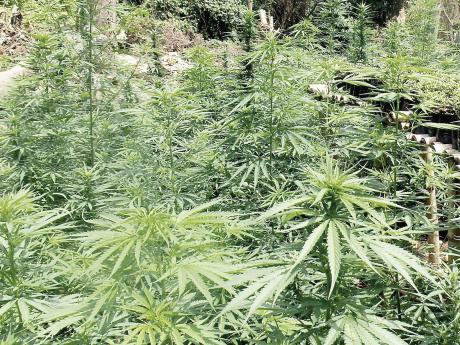 Bureau of Standards Jamaica (BSJ) has sought permission from the Government to import some 100 ganja seeds for a pilot project that is expected to guide the development of a regulatory framework for the country's emerging medical marijuana industry.

Amid reports that scores of local and overseas players are already lining up for a share of the fledgling industry, government insiders insist that it was important for Jamaica's regulatory mechanism to be able to stand up to international scrutiny.

"There are many, many players waiting, but of course, people want to see how we manage it," one insider told The Gleaner recently.

The source, however, made it clear that "it is not going to be a free-for-all in Jamaica".

"It is going to be a properly developed and run industry, and we already have in place the national quality infrastructure to make this happen," the source said.

As a result, the insider revealed, the BSJ will use the pilot project to develop standards and establish protocols that would allow for the "tracking and tracing" of imported ganja seeds to greenhouses and production in ordinary conditions.

"Remember, we have never done this before. So, for example, if an investor wants to bring in seeds, we have to be able to see how this particular seed is going to come into the country," the source reasoned.

"It has to go through a series of things ... the custody, the quarantine ... all of those measures that would [need to] take place so that what is said is coming in does in fact come in and [the process] is not hijacked in one way or changed in some way to come into the system," the source continued.

Minister of Science, Technology, Energy and Mining Phillip Paulwell confirmed that the BSJ has applied to his ministry for a licence to import 100 ganja seeds.

"I have the application and it is being considered now," Paulwell told The Gleaner, adding that his understanding is that the seeds are being imported to help the regulatory agency experiment with the different strains of marijuana.

It is expected that the pilot project will last between 12 to 15 weeks after the seeds are imported.

Lawmakers cleared the way for Jamaica to be part of the widening global marijuana industry when they passed amendments to the Dangerous Drugs Act last year.

In addition to decriminalising possession of small quantities of ganja, the amendments also allowed the use of ganja for religious and medicinal purposes.

The government insider, who spoke on condition of anonymity, insisted that the aim of the pilot project is to help develop a ganja industry that does not compromise Jamaica's international obligations "in any jurisdiction".

Giving an outline of the procedures being contemplated to govern the importation of ganja seeds, insiders revealed that importers would be required to "specify that it is medical ganja seeds".

"Then they will have to fill out a very, very elaborate form that must specify precisely what the biological product is and the other characteristics. If it does not satisfy Jamaican law it cannot come into the country," the source explained.

Once the seeds reach Customs, they are expected to be properly labelled, among other things, before a number of protocols kick in.

"This is the first time this is happening, so the Bureau [BSJ] has to work out all of these protocols to ensure that they are in keeping with international standards and best practices," the insider revealed.

It is proposed that all of this would be documented and "made available in a transparent way" so that the Ministry of National Security is able to enter the process if it has any concerns.

Before they are moved to the greenhouse stage, the seeds would go into a nursery where the Scientific Research Council (SRC) would use them to develop seedlings.

"The labelling of these seedlings would then be done, and this particular plant would be tracked and traced right throughout the value chain from seed, seedling to the sale of the end product, whatever that product is," the insider continued.

The government insider said this would place the BSJ in a position to not only track and trace the seeds, but to monitor the industry in accordance with international standards.