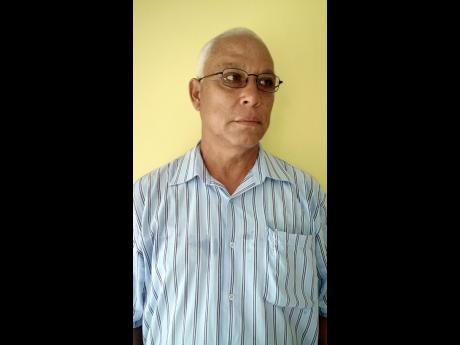 General secretary of the People's National Party (PNP) Paul Burke has confirmed that the party is in receipt of a petition signed by more than 2,000 supporters from North East St Elizabeth.

PNP President Portia Simpson Miller, to whom the petition was sent, is, early this week, expected to receive the report of the Integrity Commission of the party.

The commission met last week to determine whether persons selected to be standard-bearers in the upcoming general election are fit and ready.

Burke told The Gleaner that the secretariat is scheduled to meet with supporters from North East St Elizabeth, following its three-day candidate preparation retreat scheduled for midweek.

"We are meeting with them, and it will definitely be next weekend," asserted Burke.

He said a final date and time for the meeting is being arranged by chairman of the PNP Region Five, Mikael Phillips, but it is likely to be next Sunday.

Burke told The Gleaner that the petition was sent to Simpson Miller, who turned it over to him.

"I have it in my possession and we are going to meet with them."

Persons who identified themselves as supporters of incumbent Member of Parliament Raymond Pryce have complained to The Gleaner that Burke has refused to respond to every letter and issue raised by supporters in other troubled constituencies.

"He (Burke) has refused to respond to our letters and request for justice and intervention in North East St Elizabeth," said Andrea Charles, an outspoken Pryce supporter.

After weeks of court action and protests, a statement released by Pryce announcing his withdrawal as a PNP candidate for the election has not gone down well with some in the constituency.

Burke told The Gleaner that a written response would not be adequate and suggested that a face-to-face is necessary to bring a resolution to the protracted dispute that has led to Pryce's removal.

"We don't think a mere response will suffice," said Burke of the dispute that rocked a large part of North East St Elizabeth.

The secretariat was hauled before the Supreme Court and Pryce's supporters received an injunction to block the election conference, which resulted in multiple protests.

In the ensuing melee, Pryce pulled out of the race and his challenger, businessman Evon Redman, was ushered in to be the party's candidate after an indicative vote.

There are, however, concerns about how the two-third requirement for selection to represent the constituency is calculated in situations where there is one candidate.