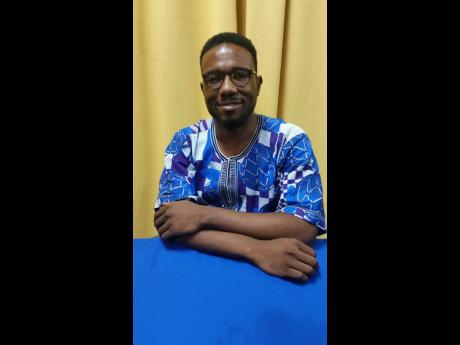 Jamaica has completed the technical work on its intended nationally determined contributions (INDCs) to global greenhouse gas (GHG) emission reduction, in accordance with its obligations under the United Nations Framework Convention on Climate Change (UNFCCC).

"We have created a model of Jamaica's energy system, and that is backed up with a lot of data collection and verification that we did with our partners at the Ministry of Science, Technology, Energy and Mining (MSTEM)," said Gerald Lindo, mitigation officer at the Climate Change Division.

"We tested it and made sure that everything made sense, and are satisfied with it," he added.

However, Lindo would not divulge any details on the extent to which Jamaica could likely cut emissions - given implications for its target to realise 20 per cent of renewables as part of its energy mix by 2030.

"The model is telling us a number of things that we didn't expect, and so there are some internal conversations happening that should be concluded [this week] that would let us know where we are going with it," he told The Gleaner.

"When we went into this exercise, the concept wasn't to make a thing and pass it to the UN. The intent was to give an analysis that would be useful for the further elaboration of policy, and we wanted to build a platform for future analysis," Lindo added.

"That is why we need to have discussions. The model told us a lot about the policy that is going to require a closer look and some decisions," he said further.

Still, Lindo said Jamaica could likely reach for significant reductions in its emissions relative to a decade or so ago.

"There is the potential for significant, and by that I mean double-digit percentage, reduction in our overall emissions. The exercise was useful because it is really helping the country to drill down on what the targets mean and the steps that are necessary to get there," he noted.

Jamaica's current emissions are low when compared to the world's major emitters, but research shows some increase in the amount of emissions produced.

The Second National Communication on Climate Change to the UNFCCC, submitted to that body in 2011, showed an increase in carbon dioxide, methane and nitrous oxide between 2000 and 2005.

Nitrous oxide, it added, had also increased, though "in smaller quantities".

A significant reduction in GHG emissions below 1990 levels is crucial if the world is to successfully counter global climate change to which small island developing states, including Jamaica, are especially vulnerable.

Meanwhile, the ongoing Jamaica discussions have meant a delay in the island's submission of its INDCs to the UNFCCC.

But Lindo said "that has to take a back seat to a rigorous analysis and a useful analysis. We were forced, due to data collection issues and also having to look back and redo analysis [to take more time]".

They are looking now to submit in November - subject to Cabinet approval.