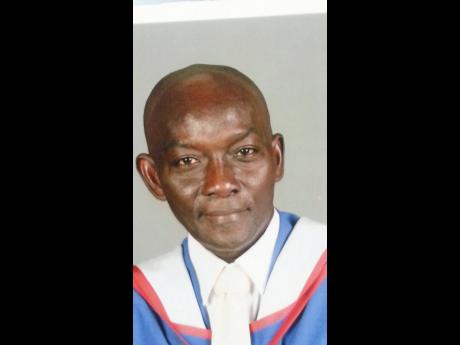 Former Gleaner correspondent Elgin Taylor, known mostly for the Teachers We Love feature in The Star, died of a massive heart attack on Monday on his way to the Spanish Town hospital.

"We are heartbroken at this time,” Taylor's sister-in-law Sandra Eastwood told The Gleaner on Thursday afternoon.

Taylor, a retired principal, hailed from Vineyard in St Elizabeth but later moved to St Catherine where he taught at Lluidas Vale All Age School before rising to become principal at the institution during the 1980s.
He was residing at White Waters, off the Old Harbour Road in St Catherine at the time of his death.

He leaves behind three daughters, two sons and his wife.

“He had back pain and terrible chest pains, one of his bones in his back broke and he was doing treatment. He was due to go back for treatment on Tuesday,” Eastwood told The Gleaner.

Taylor’s condition worsened on Monday and he was being taken to the Spanish Town hospital when he died.

Eastwood said a post mortem performed on the body concluded that he died of a "massive heart attack".

"He contracted the chik-V last year, so all of this happened after the chik-V and he just didn’t recover,” Eastwood said.

Taylor's funeral is tentatively set for Sunday, November 1. There will be a church service in Spanish Town after which the body will be taken to St Elizabeth for burial.