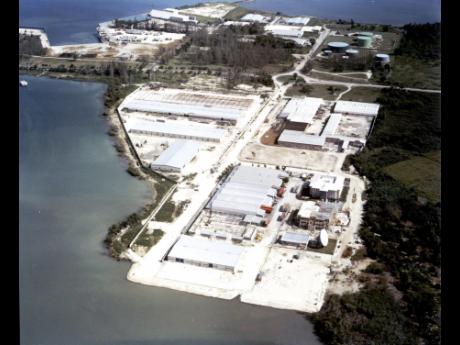 THE MONTEGO Bay Free Zone, which is celebrating its 30th anniversary this year, has won the prestigious 2015 Global Free Zones of the Year - Business Process Outsourcing Specialism Award.

The Free Zone's achievement was highlighted in the esteemed FDI Magazine on Monday. The FDI Magazine is an English language bi-monthly news and foreign direct investment publication providing an up-to-date review of global investment activity.

This is the first time that the free zone, which is operated by the Port Authority of Jamaica (PAJ) and managed by Gloria Henry, has won a global award. This gives the Montego Bay facility pride of place among its Latin America, and Caribbean competitors.

"The award underscores the zone's attractiveness and potential as an investment location for BPO and other outsourcing businesses," said Professor Gordon Shirley, chairman and chief executive officer of the PAJ in a prepared release. "It validates the strategies that the PAJ is undertaking to spur the zone toward further growth."

There are 39 firms currently operating in the 602,000 square-foot business park, with approximately 7,000 persons directly employed. It has the largest concentration of BPO companies in Jamaica - about 18 - including two global operators - Xerox and Teleperformance.

"This is a very significant achievement for the zone, which is the result of excellent leadership from the board and the PAJ," said Gloria Henry, assistant vice-president of operations. "We also have great customers and partnerships with several entities, including JAMPRO, and an extraordinary team of staff at the Free Zone, who continues to serve with passion."

The FDI Magazine recognises the most promising free zones across the world. The contest looked at free zones that offer the best investment environments and prospects for business expansion and economic development. Recognition was given to the top zones in participating countries, with additional recognition given to enterprising-type free zones.