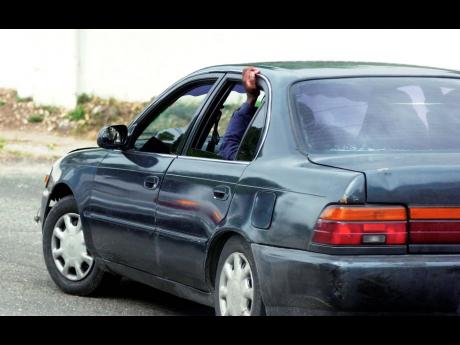 TWENTY-EIGHT per cent of respondents in a survey conducted by the Transport Authority have indicated that they would still continue to take illegally operated public transportation (robots) even if legal transportation was adequate.

The survey, which forms the basis of a public education campaign about robots, being rolled out by the Transport Authority was conducted at six transport hubs with 363 commuters.

The main risk commuters highlighted was the fact that illegally operated vehicles do not possess Public Passenger Vehicle Insurance, which accounted for 79 per cent of the respondents.

Speaking at the launch of the "Choose Right, Choose Life" campaign, Minister of Transport, Works and Housing Dr Omar Davies called for more research to be done to investigate the factors which drive persons to take robots.

"One of the strangest and most significant findings is that 87 per cent of respondents indicated an awareness of the dangers of traveling on illegally operated vehicles, yet 28 per cent said that they would still travel on robots even if adequate legal transportation was provided. Without seeking to condemn, we have to develop a deeper understanding of what would drive such a response ... and I am saying this because the formal system must seek to adapt to (and) respond to that need that would cause someone to say, 'I know the dangers', but I will still go with a robot'," he said.

Davies conceded that passengers may face issues in terms of availability and timeliness of vehicles in the formal transportation system.

"Let me underscore the fact that illegal operators of public transportation have not been registered by the Transport Authority. They may have a criminal record or background. They do not have insurance and they may not have a valid driver's licence. They may be part of a gang and, because they are not licensed by the Transport Authority, they do not comply with the regulation," Davies cautioned.

He argued that there is a need to stamp out illegal activity in the public transport business so that it can continue to be a viable economic activity.

Why robots, not trade, are behind so many factory job losses