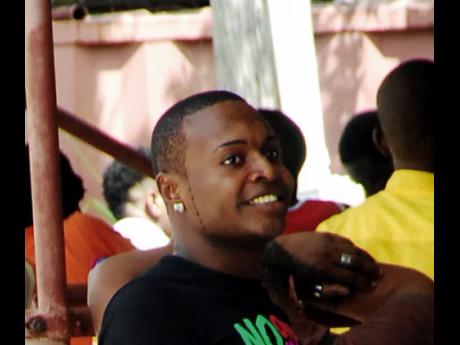 File
The late Kenrick 'Bebe' Stephens, who is believed to be among the initial masterminds of the lottery scam.

The name Kenrick 'Bebe' Stephens is sure to come up whenever there is a discussion on the genesis of the deadly lottery scam.

Bebe, who was vice-chairman of the People's National Party's West Central St James constituency, when he was murdered last year, has long been identified by the police as being the original mastermind behind the lottery scam, which started in his home community of Granville, in St James.

"Bebe was one of the founders of the illegal lottery scam," said then head of the Anti-Lottery Scam Task Force, Superintendent Leon Clunie, after police arrested the alleged scammer in May 2012.

"He has been living a luxurious lifestyle, yet he has never, from our understanding, been employed in any of the services in Jamaica," added Clunie as he described the man who many residents of St James believe provided funding to several political representatives in the parish.

On the law enforcement side, former police commissioner, Rear Admiral Hardley Lewin, admitted that some cops had been recruited by the scammers after it was reported that some police personnel were serving as bodyguards to them

A fake cop was reportedly planted at the Mount Salem Police Station to catch those engaged in activities connected to the scam. He was beaten by police personnel at that station when his cover was busted and the Police High Command provided no information on whether he had provided information to arrest any of the cops involved.

Religious leaders have also got in on the act and recently two Westmoreland pastors were arrested and charged with breaches of the Proceeds of Crime Act after lottery scam paraphernalia and other scam-related documents were allegedly found in their possession.