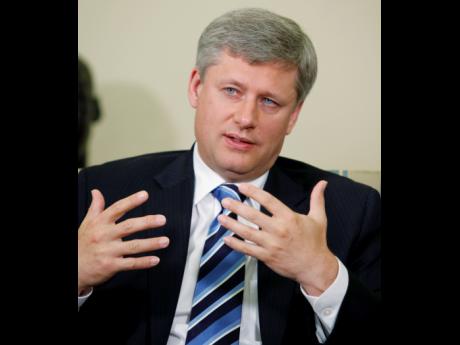 The Liberal Party of Justin Trudeau took an early lead in Canadian elections yesterday that pitted the son of one of Canada's most famous politicians against Stephen Harper, the Conservative politician, who has led the country for almost a decade.

Canada has shifted to the centre-right under Harper, who has lowered sales and corporate taxes, avoided climate-change legislation, and clashed with the Obama administration over the Keystone XL pipeline. But after nearly 10 years in power, he has trailed in opinion polls behind Liberal leader Justin Trudeau, the son of the late Prime Minister Pierre Trudeau.

Polls have closed throughout Canada's Atlantic region. The Associated Press reported last night that it would be a while before the rest of the country catches up, with the last of the polls closing in Canada's Pacific Coast province of British Columbia at 10 p.m. EDT (0200 GMT).

In races in Newfoundland and Labrador, Liberal candidates were being elected or were leading in six of the province's seven districts.

Trudeau, who has re-energised the Liberal Party since its devastating electoral losses four years ago, promises to raise taxes on the rich, and run deficits for three years to boost government spending. His late father, who took office in 1968 and led Canada for most of the next 16 years, is a storied name in Canadian history, responsible for the country's version of the bill of rights.

"We have a chance to bring real change to Canada and bring an end to the Harper decade," Justin Trudeau said in Harper's adopted home province of Alberta, traditionally a Conservative stronghold.