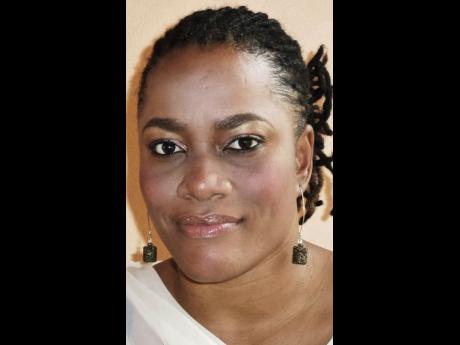 The National Democratic Move-ment (NDM) may be a no-show in the upcoming general election.

Chairman of the NDM Peter Townsend told The Gleaner that the party was on a soul-searching mission brought on by a depleted coffer, among other things.

Townsend disclosed that the party is to decide whether it would be fielding candidates in the upcoming general election.

"We will know within the next two weeks if we will be in a position to contest the next election based on finances," he said.

He told The Gleaner that the NDM membership emerged from a function on the weekend armed with a decision to examine its level of preparedness for the impending polls.

He said that the once most-vibrant third party in contemporary Jamaica is, for now, more focused on advocacy.

"We continue to advocate for constitutional reforms and good governance, generally," said Townsend. "We are also rebuilding our structures, including our youth arm, and filling vacant posts in the structure, generally."

He told The Gleaner that there were positions to be filled on the NDM's internal committees.

To this end, Townsend said the party would, in the days ahead, be engaged in an ad campaign on social media and select radio and television stations.

For political scientist Dr Hume Johnson, the NDM's latest approach is the path being undertaken by third parties that are unable to manage the existing political forces.

Third parties, she said, have always thrived on the emotional response of the population, citizens' deep disenchantment with the performance of their political representatives, and the nature of governance, and the NDM is no different.

"They have always wished to expose the failure of major political parties, (and) the flaws of the first-past-the post 'winner-takes-all' electoral/political system largely designed to facilitate the two-party abuse we are currently witnessing in Jamaica," said Johnson.

She noted that in the pre-2007 period, the NDM excited a disillusioned Jamaican middle class because it attempted to show the possibility of a 'third way', a pathway to genuine democratic governance in Jamaica.

Johnson said that what doomed third parties in Jamaica was their attempt to 'win' in a system they know they can't beat, their failure to operate strategically, and to set out a clear agenda and a set of policies, which they are pushing on behalf of the people.

"With just over 50 per cent of the electorate turning out to vote in 2011, (that) is a stark indication of the loss of interest in the policy agenda and performance of the main political parties," said Johnson.

Yet, she said, third parties can become a viable aspect of the democratic framework in Jamaica.

"Third parties' aim ought not to be to win, but to make a statement of protest against two-party monopoly that is destroying the country," she asserted.

Added Johnson: "They must field strong, progressive leaders with genuine interest in and support for progressive issues such as health care, education, or human rights."

Johnson said third parties must give voters people to vote for. "It's also important that third parties articulate a clear philosophy, values, and policies and push their agendas into public discussions over the entirety of the electoral cycle, not just during a campaign period."

She stressed that they should apply pressure on the Government to serve the people of Jamaica.