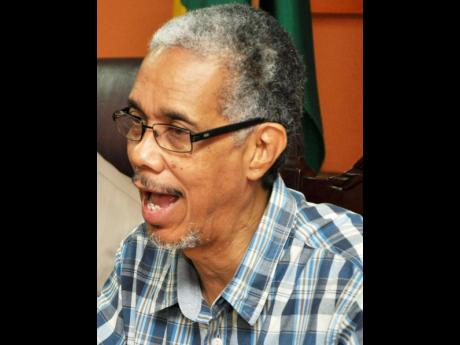 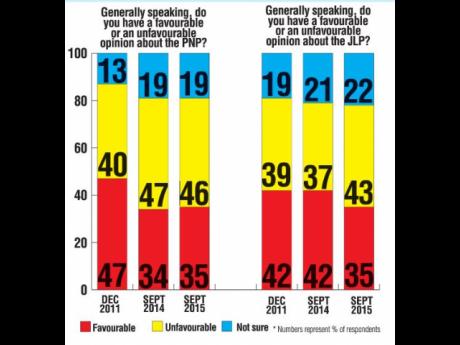 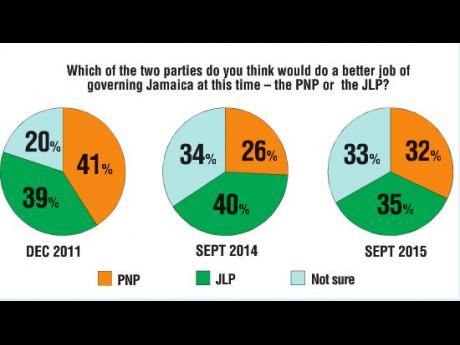 With the general election believed to be on the horizon, the governing People's National Party (PNP) will on Sunday head to its safest parish - Westmoreland - to warm-up for upcoming polls.

The warm-up rally, which is scheduled to take place in Savanna-la-Mar, comes against the background of the Gleaner-commissioned Bill Johnson polls finding both major political parties in a statistical dead heat about which is preferred to form the next Government.

In the latest poll, conducted September 25-27, 2015, among 1,200 Jamaicans, Johnson found that an identical 35 per cent of Jamaicans have a favourable opinion of the opposition Jamaica Labour Party (JLP) and the governing PNP.

The poll, which has a sampling error of +3.5% or -3.5%, was conducted shortly after the PNP held its 77th annual conference.

The poll, however, found that most Jamaicans believe the JLP would do the best job governing the country at this time. Johnson found that 35 per cent of respondents think the JLP would do a better job governing Jamaica than the PNP (32 per cent).

Johnson's numbers show that the JLP has lost five percentage points since a previous poll in September 2014. Conversely, the PNP has gained six percentage points, moving from 26 per cent to 32 per cent.

STILL HAS WORK TO DO

PNP General Secretary Paul Burke said yesterday that while the party expects to win the next election, it still has work to do. He said, too, that the Westmoreland rally was "not the start or the launch of any campaign".

"We are always pleased when polls are favourable. We understand what political work is and [what] a political campaign is. Whether the polls are positive or negative, we understand that we [should] take nothing for granted," Burke said.

Meanwhile, the move by the PNP is consistent with a surge being experienced by the party based on data collected by Johnson in September.

Johnson found that the PNP has gained 12 percentage points since 2014 when he asked Jamaicans which party they would vote for if a general election were called now.

Based on the latest poll, 27 per cent of electors would vote PNP if a general election were called now. This is up from 15 per cent last year. The JLP, on the other hand, has lost a percentage point since last year, slipping to 26 per cent.

"As I have said, the JLP, at best, has been treading water, and the PNP has momentum," Johnson said.

He opined that if a new survey were to be conducted toady, it may show that the PNP has edged ahead of the JLP.

"Momentum in a political campaign is very difficult to turn around," Johnson said. The latest poll findings indicate that the JLP is more unfavourable now than on the eve of the December 2011 general election, when 39 per cent of Jamaicans had an unfavourable view of the party. That number has risen to 43 per cent.

In the case of the PNP, its unfavourable rating has come down slightly from 47 last year to 46 this year, but is six percentage points higher than it was in December 2011.

Burke said yesterday that part of the reason for heading to Westmoreland at this time is to make members know the PNP is active.

"Part of the purpose of the rally is to communicate our message ... . It is not just feel good and music. We have a message to deliver," said Burke, adding that the party intends to speak about its achievements and the challenges facing it in government.