There is talent behind those bars ... Prisoners wow with intricate art and craft 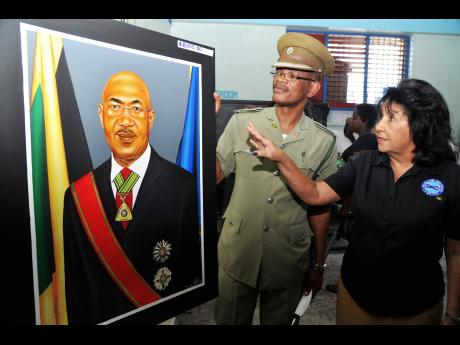 Norman Grindley
Superintendent B.J. Johnson of the Department of Correctional Services and Sandra Ramsay, manager of the prison ministry department of Food For The Poor, inspect a portrait of Governor General Sir Patrick Allen done by an inmate at the Tower Street Adult Correctional Centre in Kingston. The occasion was the prison's open day on Wednesday, under the theme 'Repositioning For Excellence'. 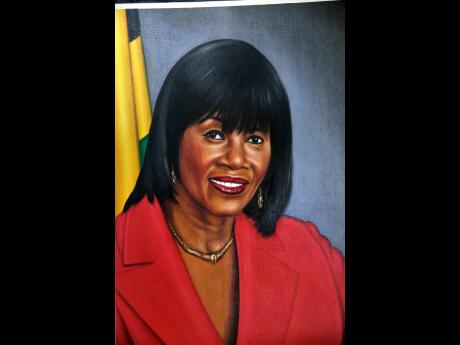 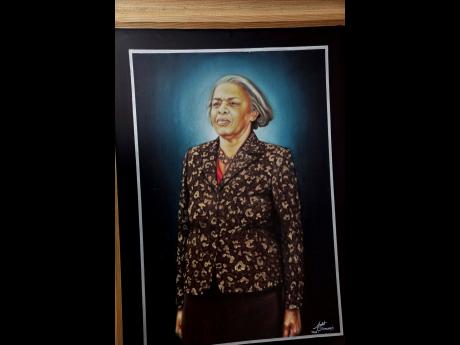 Norman Grindley
An artistic impression of Jevene Bent, former head of the Department of Correctional Services. 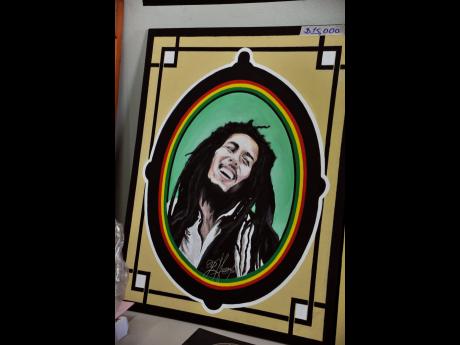 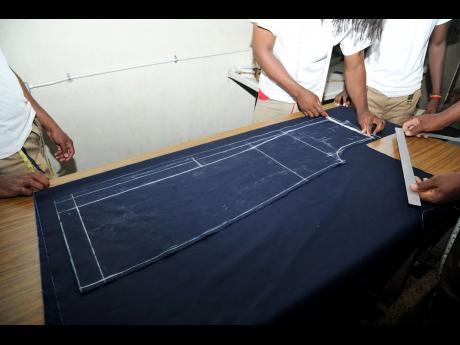 Norman Grindley
Inmates assigned to the tailor shop making combat fatigues used by members of the Jamaican Constabulary Force at the Open Day at the Tower Street Adult Correctional Centre, Kingston, on Wednesday. 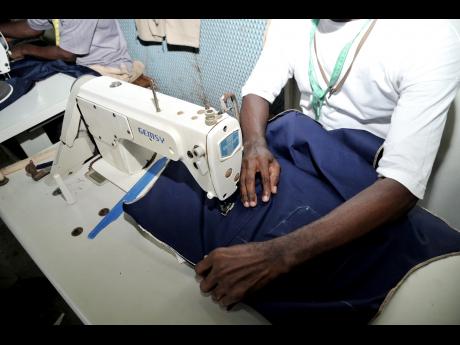 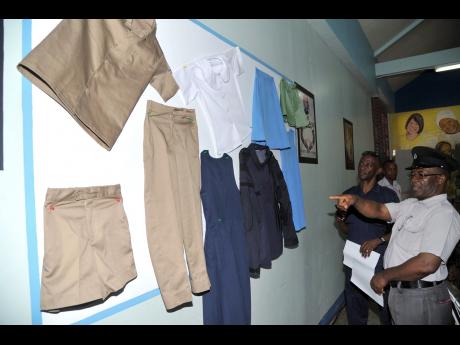 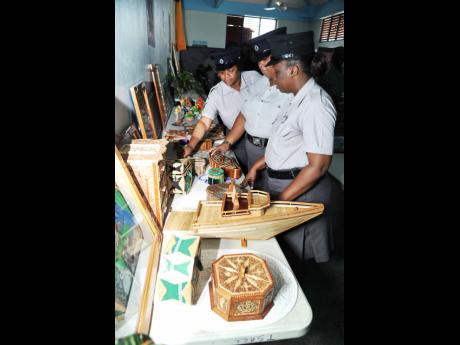 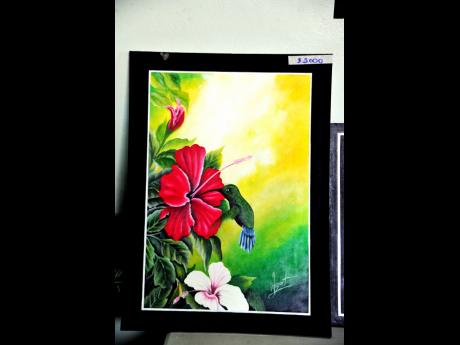 Locked behind bars for crimes they were found guilty of, scores of prison inmates are learning new skills, and their

talent, expertise and workmanship, held visitors captive during an art and craft exhibition at the Tower Street Adult Correctional Centre on Wednesday.

With the Department of Correct-ional Services marking 40 years of its work for the rehabilitation of inmates and wards of the State, penal institutions across the island used the day to showcase the skills of inmates and work they produced under the guidance and supervision of correctional officers and civilian employees.

The quality of furniture, welding, art and craft, clothing and fine arts on display at Tower Street was impressive, and it was no surprise that many of the pieces were sold in a very short time.

The intricate and detailed artwork evident in the craft pieces spoke to the time invested in ensuring their creation and begged the question of the skills training the prisoners received.

Chaired by an inmate in a retrofitted building which once served as a bakery, the open day offered insight into the impact of the training programmes to which the 1,485 inmates at the correctional facility, which many Jamaicans still refer to as 'GP' (General Penitentiary), are exposed.

A couch and patio furniture set in the room, which compares well with anything on display in many of our top furniture stores, was an impressive part of the display.

Some of the correctional officers on duty were so used to this high standard from the inmates that they were bemused by the expressions of interest and intrigue on the part of the visitors.

A.D. Brown, acting superintendent in charge of the institution, explained that the inmates assigned to the tailor shop were making the combat fatigues used by members of the Jamaican Constabulary Force.

"This exposition represents different kinds of convergences, different kinds of ways in which the inmates come together. These are artists, craftsmen, tailors, students, teachers and others who represent Tower Street in expressing their perspectives of the world around them.

"What you see here is also a way in which inmates share their perception through their works. Nevertheless, their different styles come together in this hub to create a colourful, harmonious and vibrant exposition," said Brown.

He continued: "This exposition also expresses hope for the rehabilitation programmes to come. I thank the staff and inmates who have come together without frown in sharing ideas and working hard to have this exposition today. I also thank those who are visiting and hope that you will enjoy coming and sharing with us in this manner," added Brown, as he invited the guests to cash in on the bargain prices.

"Don't be turned off by prices; we are friends, and so, we can negotiate. You can even show us if you would [like] a specific item done. We have the minds and the skills to do custom-built work inside here."