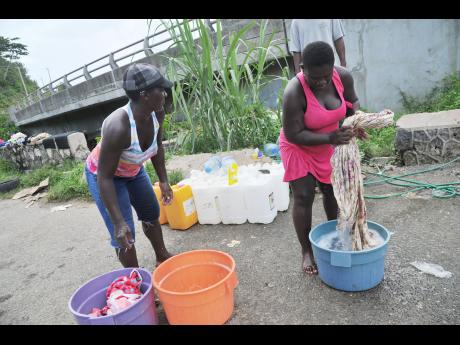 Norman Grindley
Residents in a community outside Fair Prospect in East Portland doing their laundry and catching water at Black River in the parish. 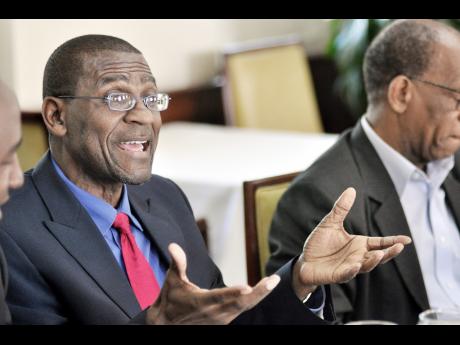 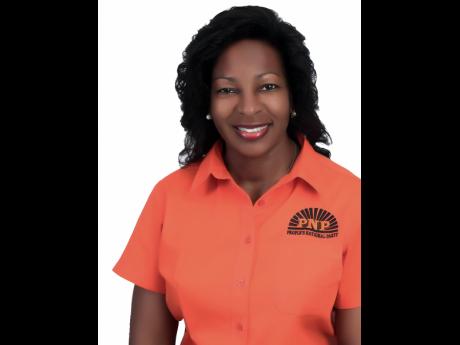 "IT IS a psychological warfare," declared a supporter of Andrea Moore last Thursday amid tensions within the East Portland People's National Party (PNP) family over the decision to keep Dr Lynvale Bloomfield as the standard-bearer for the constituency.

The aim of the war, he said, is to push the party to the point where it has no option but to reverse its decision and to instead go forward with Moore.

"It is the only road we have to travel. We don't want Dr Bloomfield, and the delegates said that," said Jacko, a resident of Fellowship.

Bloomfield has been described as an absentee member of parliament (MP) by supporters and detractors alike, but some, nonetheless, say he should remain solely because they believe him to be a native of the parish.

"He has not been doing much as MP, but it is best if we keep him than to go outside for another person," said 84-year-old Leslie, a staunch PNP supporter in Friendship, a community located a few miles from San San.

"It makes no sense you go for somebody all the way in Kingston to come here and represent us. She might reach Morant Bay (St Thomas) and turn back because she thinks it is too far to come over here," he reasoned.

"It is better to stick to the evil that you know. Let Bloomfield stay there," he further said.

Bloomfield, however, is from western Jamaica, but has been living and practicing medicine in Portland for over three decades.

Moore, an attorney-at-law, has set up a law office in Port Antonio and has been practicing in the parish for the last year. She sought to become the PNP candidate, sensing that Bloomfield was not as popular among his constituents.

The Gleaner was told that one person wanted to be paid $3 million from the Constituency Development Fund and that another wanted to benefit from a $25 million Jamaica Emergency Employment Programme contract which was given to another person, and there is the issue of board appointments that were sought but never endorsed by Bloomfield.

Benny White, former mayor of Port Antonio, said within six months of Dr Bloomfield becoming MP in 2012, he was faced with opposition because he would not acquiesce to various requests made of him by persons of influence in the constituency.

TRYING TO BURY THE HATCHET

Up to yesterday, the PNP leadership in East Portland was meeting with disgruntled Comrades, hoping to get them to bury the hatchet.

"We are trying to mend all the fences," said White, adding that "the problem is that two of the councillors who did not fully support him are now fully on board".

"The party leader is coming here on Sunday for a rally, and we want to get things in place by then," White said.

He said he expects that as soon as news gets around that Simpson Miller has an imminent visit, the "tiny bit of issue will dry up and go away".

Paul Burke, the general secretary of the PNP, said the executive committee of the party approved Bloomfield as candidate in October. He said a number of factors, including an indicative vote by delegates, which saw Moore winning by eight votes, were considered in making the decision.

"As is expected, when the party takes a decision, we work with our Comrades and members to support that decision fully, and that is what we expect," Burke said.

He said the party is now on a mission to bring "healing and unification" in East Portland, stating that "it is a matter that we have to resolve".

Although there appears to be a deep sense of loyalty to Bloomfield because he has spent so much time in Portland, there are some in the constituency who view him as one who simply makes promises but hardly honours them.

Constituents complain bitterly about instances where the MP had promised to pay for back-to-school supplies, but had not done so. There are also complaints that his distribution of economic enablement benefits has not been fair.

"He looks out for the people loyal to him," one bartender said.

She related a story of Bloomfield telling a woman to go to the woodland and farm after she approached him and asked him to provide her with a set of chicks so she could start a business.

There is also a complaint about an unfulfilled promise to build a house.

"Is PNP house me come outta and me ask him for help with a house and he said yes. All now me nuh get it," said one woman in Port Antonio. She said the current state of her house was photographed and her name taken, presumably as part of the process to get housing assistance. That has not materialised.

But for Norma, "the only thing that we need Bloomfield to do is communicate with the people more".

"A lot of the people believe that Dr Bloomfield should have gone to the areas, let the people see him to talk to him, even if nuttin naah gwaan. Nuff a di people would love see him come round and visit the street and lane," she said.

But even as the PNP factions lock horns on the issue, there is the feeling on the ground that East Portland has not got its opportunity to shine because of poor political leadership over the many decades. The constituency has many bad roads, poor water supply and, residents say, a high unemployment rate.

In Fair Prospect, for example, residents lament the absence of running water in their pipes for the past six months. A group of persons gathered at the Black River Bridge to catch water, some to wash cars or to do laundry, a sign of what the residents say is a failure of leadership.

"East Portland is one of the most beautiful places in Jamaica, yet we have not been capitalising," said Latoya in Port Antonio.

"My mother told me of the days when cruise ships used to be in the harbour and Port Antonio was abuzz with activities. We need to get back those days. We need a member of parliament who can get up and go out there to knock on doors and get investment in the parish," she said.

Latoya's yearning for investment infrastructure and development is shared by Christine, who lamented that Portland appears to be nothing more than a retirement parish - a place where the monied class go to relax in their latter years or to holiday at certain times of the year.

"That is all that is happening in Portland, and we want far more than that. If tomorrow morning I should wake up and see little changes, I'd be glad, and the change may have to start with getting rid of Dr Bloomfield," Latoya said.