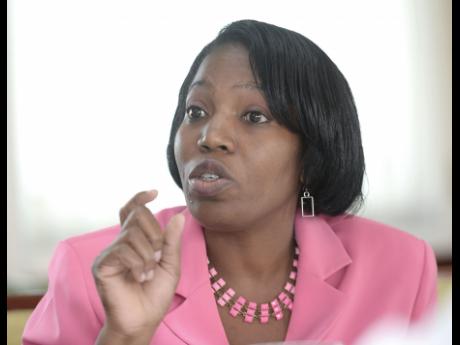 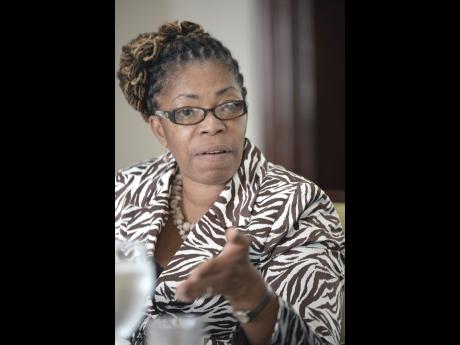 Strapped for cash, the National Family Planning Board (NFPB) is struggling to reproduce the success of its 1970s 'Two is better than too many' public-awareness campaign, which encouraged families to embrace a two-children per family ideal.

With Jamaican women averaging 4.5 children between 1973 and 75, the comprehensive campaign swept the country with print, radio and television advertisement urging women to take control of their sexuality and lifestyles to a manageable two children.

But although the National Family Planning Board has enjoyed some success with its emphasis on reducing teen pregnancy and making contraceptives accessible to different target populations, it is unable to fully carry out its mandate, due largely to a lack of adequate resources.

Ideally, the agency needs 800 outreach workers to effectively take its message across the island but can only afford to employ 100 at this time.

Having targeted schools as an avenue of change, the board has been working hard, but is hobbled in its efforts, Andrea Campbell, director of health promotion told a Gleaner Editors' Forum on Wednesday. She admitted that funding constraint means its activities are limited to only two schools each year, but is very effective, nonetheless.

"You can't just go in one week and talk to students. That doesn't work. So the programme is sustained over six months, where the team goes in every week and we work with the grade 7 and grade 9 students," Campbell explained.

The public's misunderstanding of the underlying issues, very often, works as a drawback, she noted, and this exacerbates the resource limitation issue.

"A lot of times, crisis happens and people call you and say, 'Can you come and talk?', but one session doesn't work. It takes time, so, therefore, you have to go in and find out why; what caused the problem and then let us work from there. It takes time for you to go in, look at what kind of programme you want, and you have to be mindful of the reception from the persons you are trying to influence," said the health professional.

The board has, in recent times, enjoyed success, with evidence that Jamaica's teen-pregnancy rate is trending down, which executive director of the Women's Centre of Jamaica Foundation (WCJF), Dr Zoe Simpson, attributed to several government interventions.

The adolescent pregnancy rate which, in 1978, was about 31-32 per cent, had fallen to 18 per cent by 2008, according to research conducted by the foundation, which Dr Simpson recently disclosed. Established in 1978 in response to the high level of teenage pregnancy, WCJF provides access to continuing education for pregnant adolescents and the return of mothers to school.

Much of this success is due to the sustained effort of the National Family Planning Board, according to Melissa McNeil-Barrett, assistant representative of the United Nations Population Fund (UNFP), which has partnered with the local agency on a number of such initiatives.

"Making contraceptives accessible to populations across the country has contributed, in part, to the reduction," McNeil-Barrett told the forum.

However, she explained that this has happened in the context of a comprehensive sexuality programme incorporating life skills and education for young people, which equips them with the requisite information and empowers them to better navigate the difficult situations in which they may find themselves.

Using the schools as avenues of change, the National Family Planning Board targets grade 7 and grade 9 students with its 'Hold on, Hold off' programme. The idea is to encourage teenagers to hold on to their virginity and if they have started having sex, to hold off, Campbell explained.

She and the board are working to recapture the kind of buy-in of Jamaicans from all walks of life, as happened with the 'Two is better than two many campaign' of three decades ago. Then, they commiserated with 'Bev Brown' the maths genius from primary school whose life had been derailed by early pregnancy and who could only look on with regret, as her former schoolmates, who had been nowhere near to being her intellectual equal in school, overtook her on the road of life.

Grief for girls! - More than 32% who had sex before 15 years old were forced
HIV surge - Young Jamaicans drive up numbers
Married women more at HIV risk than prostitutes - Chevannes
‘Barefoot and pregnant’ - Some Jamaican men causing their women to hide their use of birth control
Working wonders with our girls - NFPB moves to reduce adolescent pregnancies