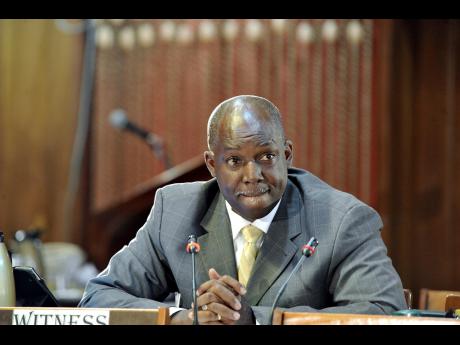 A high-ranking police officer yesterday recounted how heavily armed gunmen laughed after they ambushed a group of police officers along Mountain View Avenue in St Andrew in 2010 and sprayed them with bullets for about 20 minutes.

"He used an expletive and said, 'Unno a go dead tonight'," Senior Superintendent Colin Pinnock recalled hearing one of the gunmen shouting as they laughed with each other.

Pinnock was testifying before the West Kingston Commission of Enquiry about the May 23, 2010, incident in which Sergeant Wayne Henriques and Constable Jason Davis were shot and killed.

He told the commission that six other police personnel were also shot in the incident and that more than 100 spent shells were recovered at the scene.

Pinnock said it was the worst shooting incident he had ever experienced.

"This was the worst with the amount of time [it lasted], the amount of shots that were fired, and the deaths and injuries," the veteran cop asserted.

Pinnock explained that he and his team had gone to the area to rescue two colleagues who were surprised by the gunmen along Mountain View Avenue. He said he and members of his team were moving tactically alongside the wall opposite Excelsior High School when the gunmen pounced.

He said during the fierce firefight that ensued, he heard, at separate times, when the men and women under his command indicated that Davis and then Henriques had been shot.

He told the commission how he tried to comfort the wounded policemen before they were transported to the University Hospital of the West Indies, where they were pronounced dead.