Cop testifies that 'Dudus' had info on all west Kingston residents 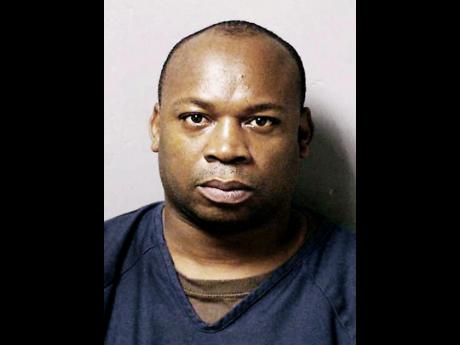 A senior police officer yesterday revealed that a list with the names and addresses of every person who resided in west Kingston was among reams of documents found inside the Tivoli Gardens offices of drug kingpin Christopher 'Dudus' Coke in 2010.

The three-member commission chaired by former Chief Justice of Barbados Sir David Simmons has agreed not to make the documents public as an appendix to their report because of the sensitive information they contain.

However, Bailey testified that police investigators also found separate lists of all unemployed persons in the west Kingston communities of Denham Town and 'Midtown'.

"[He was] keeping a record of the citizens ... every person in the community. He had a record of their names and where they lived. When I saw it ..., it struck me. It was really significant," Bailey asserted.

The lists were among reams of documents retrieved from Coke's 'Presidential Click' offices one day after the start of the May 2010 operation to capture the then fugitive.

According to Bailey, police investigators also found US$250,000 in cash as well as personal identification for scores of persons.

"You found passports, drivers licences, birth certificates ... a number of documents relating to persons that were not Mr Coke?" asked attorney for the Jamaica Constabulary Force (JCF) Deborah Martin.

The senior cop testified that he also found documents - including an invoice from a company based in west Kingston - that addressed Coke as 'Mr President' and his female companion as 'The First Lady.'

In addition, Bailey said he saw evidence of Coke's influence, through the types of contracts that were offered to him from "a political perspective".

"I looked at his influence in terms of certain government organisations and, in my view, it reflected what is considered to be a typical example of what a third generation gang is - [one which] has significant influence and who can influence even the political directorate," he testified.

Meanwhile, Superintendent Warren Turner, who also testified yesterday, became the second witness to be alerted that he may have to reappear before the commission.

The warning by Simmons came after Turner insisted that he and his team of close to 80 policemen and women did not enter Tivoli Gardens until 8 p.m. on May 24, 2010, for the joint police-military operation.

His testimony stands in contrast to the account of Major Marlon Kennedy, who testified last week that Turner and his team got into Tivoli Gardens nearly three hours earlier.

"I want to suggest for your comment that you have pushed back the time from five o'clock to eight o'clock, in order to try and exonerate yourself and your officers from allegations of misconduct?" attorney for the Office of the Public Defender Lord Anthony Gifford questioned during cross-examination.

"I went inside there in total darkness at 8 p.m., Sir," Turner replied.