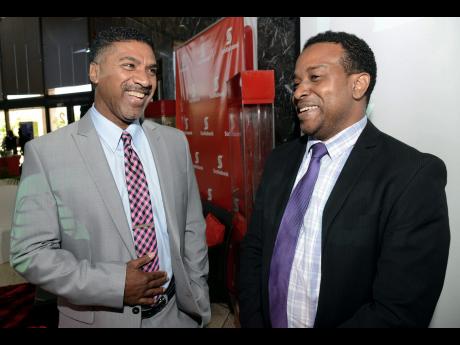 AS JAMAICANS come to terms with the realities of the credit-reporting system, they will need to exercise much more financial discipline not only in ensuring that mortgages, utility bills, hire-purchase payments, and loans are paid regularly, but also that these and other payment obligations are made on time.

Even though the reason for the late payment may be justifiable on the basis that it is done through salary deduction, which would effectively take responsibility out of the hands of the individual, this would not be factored into the assessment of one's credit rating.

Cooper insisted that while the explanation might be credible, it would not be considered in determining the credit rating.

"The key thing is that the payment will be recorded as late. And there is no disputing that fact. It is late. And you can supply a creditable reason why it is late, but is this justifiable? It's your loan; it's your responsibility," he told The Gleaner on Thursday, following the first in an educational series hosted by Scotiabank at its downtown Kingston head office.

Stredic Thompson, branch manager of Scotiabank Centre, said the institution would continue to use the credit-reporting system as an additional tool to inform its decision-making process.

Lennox Elvy, director of retail risk at Scotiabank Centre, explained that the credit-reporting system was modelled on international standards. He expressed the hope that over time, as implementation of the system continued, some aspects of local business practices would be factored in to represent some local conditions.