Tufton eager to return to Senate 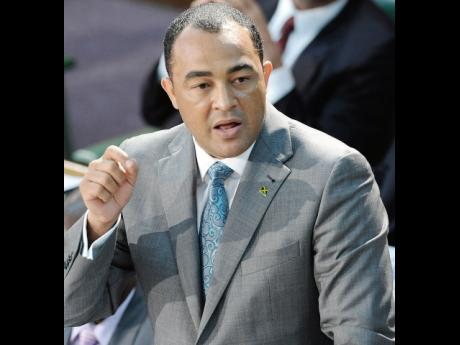 DR CHRISTOPHER Tufton says he is looking forward to making his contribution to the debate on the three Caribbean Court of Justice (CCJ) bills, which have stalled in the Senate as a result of a boycott by opposition members.

"I think it is important, and so, hopefully, all of this can be dealt with so we can move forward," Tufton told The Gleaner.

Opposition senators, for a second straight day, stayed away from yesterday's sitting of the Senate arising from an impasse with Senate President Floyd Morris and government members over the suspension of one of their colleagues, Marlene Malahoo Forte.

Yesterday, A.J. Nicholson used the Senate to plead for the return of the Opposition and said that the nation is "out of breath, anxiously awaiting an explanation for the most outrageous falsehoods that have been spewed by the senator and her party colleagues in the wake of her suspension from the Upper House of Parliament".

Tufton, meanwhile, said that it is important that both sides get back to the nation's business. Debate on the cybercrime bill was suspended yesterday due to the absence of the Opposition, and Justice Minister Mark Golding, who is piloting the bill, expressed the desire to hear the Opposition's input.

"I think a resolution is important, and I think we have to find a way to get to that point and to do so in a mature way and in a way that, if necessary, recognises the issues and shows the necessary respect for not just the individuals involved, but for the Parliament and role of the Parliament and the people of Jamaica," he added.

The bills are aimed at making the CCJ Jamaica's final court of appeal. With one of the bills being a constitutional amendment, at least one opposition member must join with the 13 government senators to secure its passage.

Tufton, when asked how he would vote on the bills, said that would be revealed as soon as he speaks in the debate.

"I am prepared to speak and let my position be known when I am given the opportunity to do so in the confines of the chamber," Tufton told The Gleaner yesterday.

Tom Tavares Finson, the leader of opposition business, has written to Floyd Morris demanding that he acknowledge that he erred when he suspended Malahoo Forte last week. Morris, however, has responded to Tavares Finson, saying that the Opposition should return to Parliament and raise whatever issue it has relating to the ruling.

It is a position supported by Nicholson, the leader of government business, who, in a statement to the Senate yesterday, said matters concerning the business of the Senate must be conducted at the place designated for its sitting.

"We will not continue the debate on the CCJ bills today (yesterday). Regardless of whether the opposition senators determine to attend at the Senate next week, certain positions will be put forward by the government side on which the public would expect a position to be openly and unambiguously expressed by the Opposition," Nicholson said.

Opposition senators are said to be peeved by strong language used in the Senate to describe their actions. They are particularly incensed by Lambert Brown, who said that a "tissue of lies" and "fabrication" have been unleashed on the country as a result of Malahoo Forte's suspension.

Brown on Thursday suggested that

"madness has descended on these people", and in their attempt to cover up a lie,

they have resorted to attacking the staff of parliament.

He said further that there was clear evidence that members of the Parliament "went out of their way to say things that they know were not true but they felt that a political advantage could have been gained by lying".