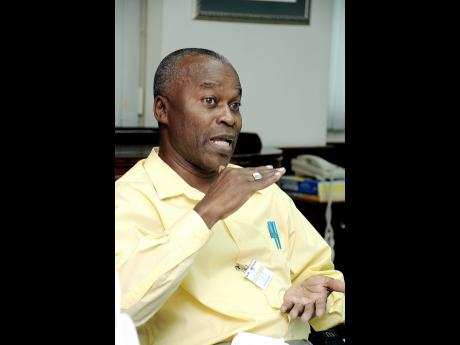 Ricardo Makyn
A sign outside the University Hospital of the West Indies.
1
2

Two mothers whose babies were among the 19 who died over a five-month period at two of the island's leading health facilities from bacterial infections have sought the services of a prominent lawyer last week to represent them in negligence suits they intend to file against the State.

Attorney-at-law Bert Samuels told The Sunday Gleaner that he wrote to the University Hospital of the West Indies (UHWI) on October 30, asking for a 14-day response to the letters in which he is seeking negotiations with a view to a settlement.

According to Samuels, the hospital's management failed to ensure that there was safe system of health care at the facility and failed to communicate risks and implement appropriate control mechanisms.

Samuels has warned that if there is no reasonable settlement, then lawsuits will be filed in the Supreme Court.

"By the time these two babies died, more than 14 babies had already died, so the hospital was put on notice that there was a crisis and they should have put them in an institution where there was no reported case of infection," said Samuels.

"In law, the hospital was put on notice and there was added responsibility to increase the duty of care for these premature babies," added Samuels.

The attorney said the mothers are very traumatised and distraught and they said that "no amount of compensation can replace their child".

Tiffany Taylor, of Spanish Town, St Catherine, is one of the mothers seeking legal redress. She was admitted to the hospital on August 25 and gave birth to twin boys on September 11.

Taylor's Navire Raymar Paul Grant died from a bacterial infection on October 13, 2015. The other twin is alive and is still under medical care at the hospital.

The other mother, Rackeisha Brown, of a Kingston 11 address, was admitted to the hospital on August 17. She gave birth to a baby girl named Ariana Daniella Anderson on September 9, 2011. The baby died on October 5.

Samuels, in the letters addressed to Kevin Allen, acting chief executive officer of the Obstetrics and Gynaecology Department of the UHWI, has argued that the babies died "as a direct consequence of your hospital's breach of its direct, non-delegable duty of care to ensure that there was a safe system of health care provided at your institution. Including, but not limited to, a duty to effectively communicate risks and implement appropriate control mechanisms."

The attorney further charged that under the circumstances, the hospital is liable to compensate for the suffering and wrongful deaths of the babies, the cost of treatment as well as all other associated expenses accrued by reason of, and in relation to, its dereliction of duty.

Samuels said both mothers were willing to negotiate a settlement regarding compensation and, "should you be so minded, kindly let us have your response within 14 days from the date hereof".