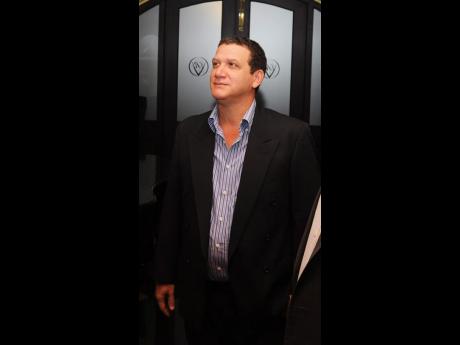 More than 1,000 sugar workers could join the unemployment line this year as the Everglades Farms has confirmed that there will be no production at its Long Pond factory in the coming crop.

But yesterday, the management of Long Pond claimed the fallout might not be that drastic, even as it confirmed the shutdown.

"The company expects to retain the majority of our workers, as our agricultural activities, rum production and distillery tours will continue," said Everglades Farms CEO Andrew Hussey, even as he confirmed that discussions are continuing with stakeholders, and a redundancy exercise with respect to factory workers and staff will commence in the coming weeks.

"The company recognises the economic and social impact of its decision on employees, farmers, and the larger community and will assist where possible. The company remains open to the possibility of resuming sugar production in the future and is exploring other options for the utilisation of the factory," said Hussey.

According to Hussey, despite having achieved significant improvement in factory efficiency and output as a direct result of the investment of more that J$2 billion since the company acquired the factory and cane operation in 2009, the company is burdened by falling yields from growers and, most important, a substantial reduction in world sugar prices.

"We invested in Long Pond heavily in order to secure profits - not losses - for the enterprise," said Hussey. "In making this investment in 2009, we rescued a bankrupt, dilapidated facility, [and] contributed to the economic buoyancy of 19 districts in the vicinity and provided 600 jobs.

"Put simply, going forward, if we were to operate our factory in 2016, revenue earned from one pound of sugar will bring in approximately J$23 and our cost to produce the same pound of sugar is approximately J$40. Our cost at Long Pond is not the best, but certainly not the worst when compared to other sugar manufacturers in Jamaica," added Hussey.

PLANS TO USE OTHER FACTORIES

He said after several weeks of discussions with officials from the Ministry of Agriculture and other stakeholders, the company has taken the decision to transport its cane to other factories in Jamaica, unless ongoing last-minute initiatives to change the dynamics are successful.

"Other farmers in the area are expected to do the same," added Everglades.

Everglades Farms acquired the Long Pond factory, situated in Trelawny, in July 2009 from the Sugar Company of Jamaica, and increased sugar production from 3,800 tonnes in 2009 to more than 11,000 in 2015.

The company has reportedly employed more than 600 persons during the cropping period and operates both Hampden and Long Pond sugar estates and the Hampden Distillery.