Fix It! - Engineers and construction industry players want next government to intensify maintenance of Jamaica’s infrastructure 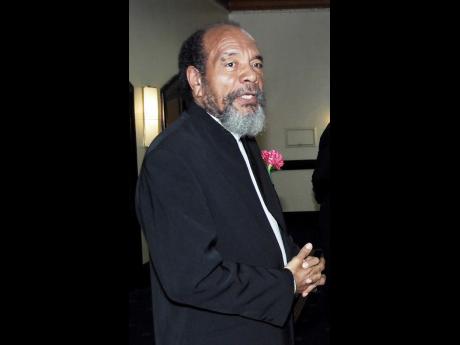 Several engineers and construction industry players decrying the poor state of Jamaica's infrastructure have given a charge to whichever party forms the next government to ensure proper maintenance in order to avoid the expense of replacement.

Dr Noel Brown, head of the School of Engineering at the University of Technology (UTech), argued that it is cheaper to maintain and repair than to replace.

He pointed out that Jamaica's infrastructure was well designed, but that poor maintenance has led to the poor conditions that persist currently.

"Apart from Highway 2000, our infrastructure is crumbling around us. The reason for this is the lack of understanding that engineered structures must be maintained if they are to perform their functions ... . Take our gullies as examples. The major ones were built more than 40 years ago. Have you ever seen anyone or company performing maintenance on them? They are man-made, so if not properly maintained, they will fail," he told The Gleaner.

Carvel Stewart, president of the Incorporated Masterbuilders Association of Jamaica (IMAJ), wants the next government to continue road improvements and new construction. He has called for concrete and soil-stabilised roads to be constructed.

Stewart also wants more wells to be activated to deal with water shortages and all possible alternative sources of energy to be explored.

Dean Burrowes, of the Institute of Quantity Surveyors, said, "Future infrastructure projects must be implemented with long-term economic returns in mind, cognisant that all infrastructure is integrated and does not stand alone. Projects must be environmentally sustainable and must result in greater efficiencies."

Dr Kavian Cooke, director of the Mechanical Engineering Department at UTech, pointed to the need for the next government to develop a national infrastructure plan and accompanying standards that support Vision 2030.