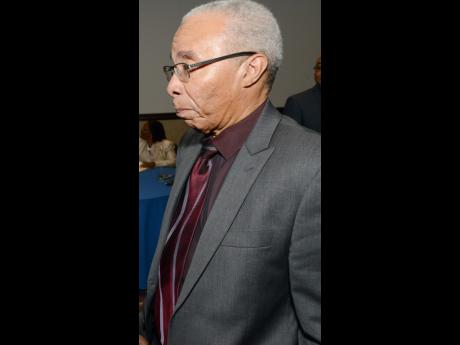 Describing it as "quite alarming", chairman of the board of the University Hospital of the West Indies (UHWI), Sterling Soares, said yesterday he did not know what to make of reports in the media showing a photograph of a flatbed truck supposedly transporting baby incubators and other related equipment in the direction of the hospital recently.

In a statement from the UHWI last night, Soares said that following the publication of the photograph in both national newspapers, he requested a report on when the last set of such equipment was delivered to the hospital.

The UHWI said Soares was advised that "a delivery was made on September 18, 2015, as a donation from the University of the West Indies, through PROMAC".

The UHWI said: "The donation consisted of infant warmers and carriers, phototherapy lamps, along with a recovery bed and stretcher, and that these items were delivered by Medical Link. After being removed from their boxes, the equipment was assembled in the Annex on Ward 11, sanitised and commissioned and sent to the respective areas of use ... . In light of the records of the hospital, [Soares] did not know what to make of the photographs supplied to both newspapers."

Parliamentarian Daryl Vaz had supplied the photograph to the media, questioning the transportation method for incubators.

The Sunday Gleaner reported that "a truck was seen in Liguanea, St Andrew, last Friday heading in the direction of the UHWI with three incubators fully exposed to the elements".

In the statement, Soares said the hospital's guidelines, with respect to acquiring health-care equipment, are quite clear. He said they are ordered from overseas and are delivered from the wharf in either crates or boxes, assembled within the hospital by engineers, who demonstrate proper care to the hospital's technicians, including how to clean and sanitise the units.